Lascaux-IV is the new International Centre for Cave Art in Montignac-Lascaux which is sited between a dense forest and agricultural land that has been shaped by human activity for millenia. The garden in front of the museum, insprired by the surrounding environment, offers a perfect view of the building. The half-buried, simple edifice has been cleverly positioned to play with the site’s topography. Exhibition spaces disappear into the hillside and the glazed façade opens out onto the valley like a fault in a limestone cliff. The roof has been designed as an extension of the hill, like a broken line that sets the pace for this building/landscape. The entire site is covered in greenery, with the exception of the concrete pathway that sweeps through the limestone to allow visitors access to the belvedere which offers panoramic vies over the surrounding countryside. A holisitc approach was taken when designing this project; the countryside, the architecture and the scenography were considered as a whole to create a connection between the narrative of the site and the journey around it. Interactive digital aids are available to visitors to support the educational dimension of the exhibits. Lascaux-IV therefore adds value as an interpretation centre rather than a simple museum, particularly with its replica of the site incorporating painted and engraved panels that faithfully recreate the paintings and engravings in the cave itself. 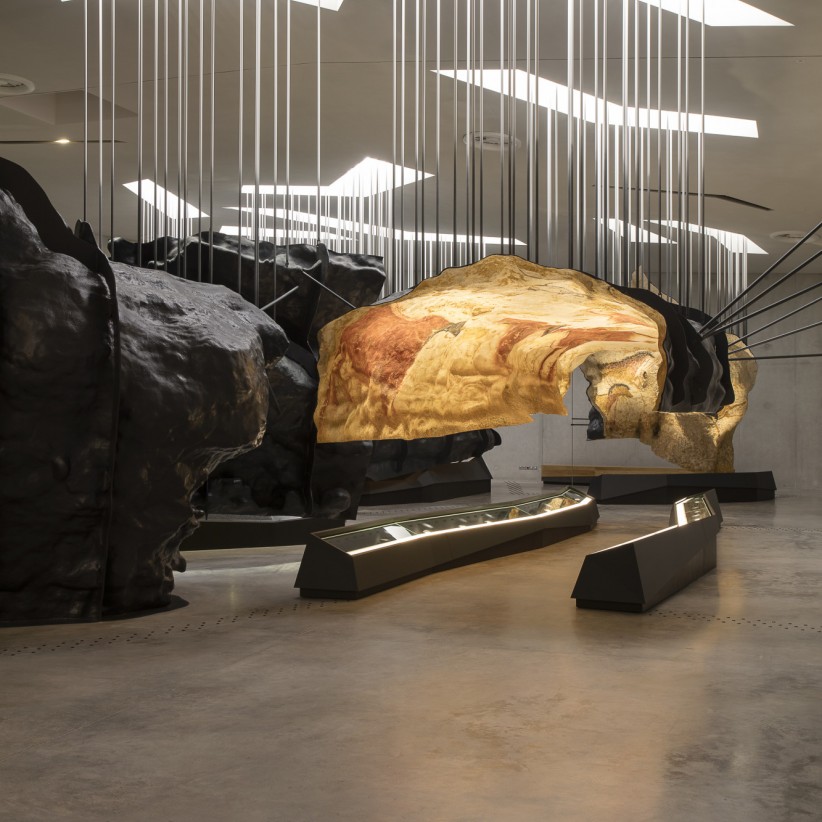 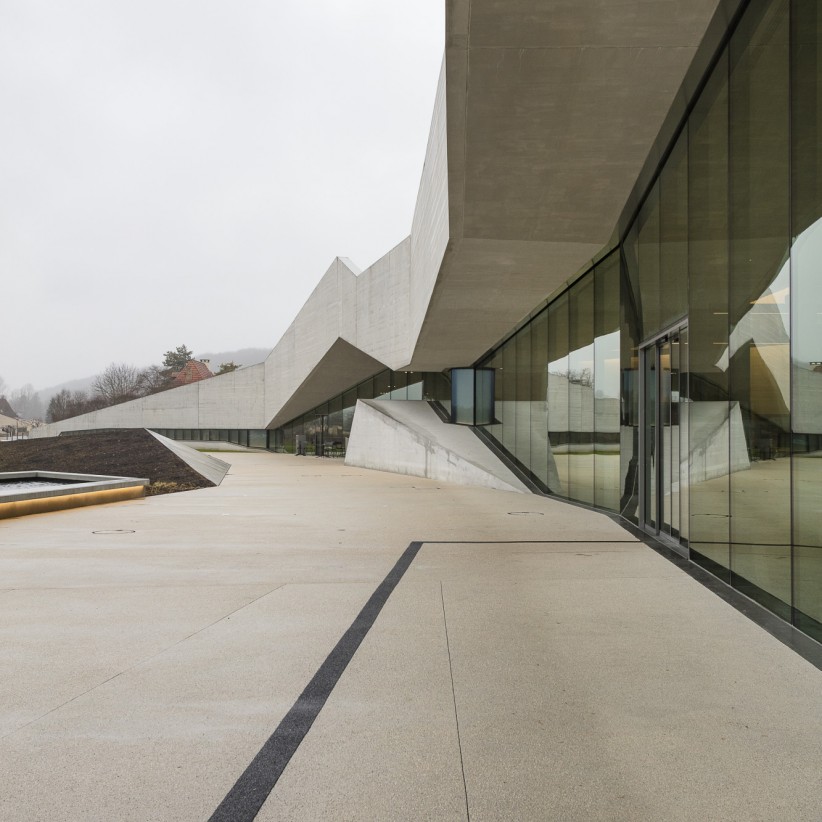 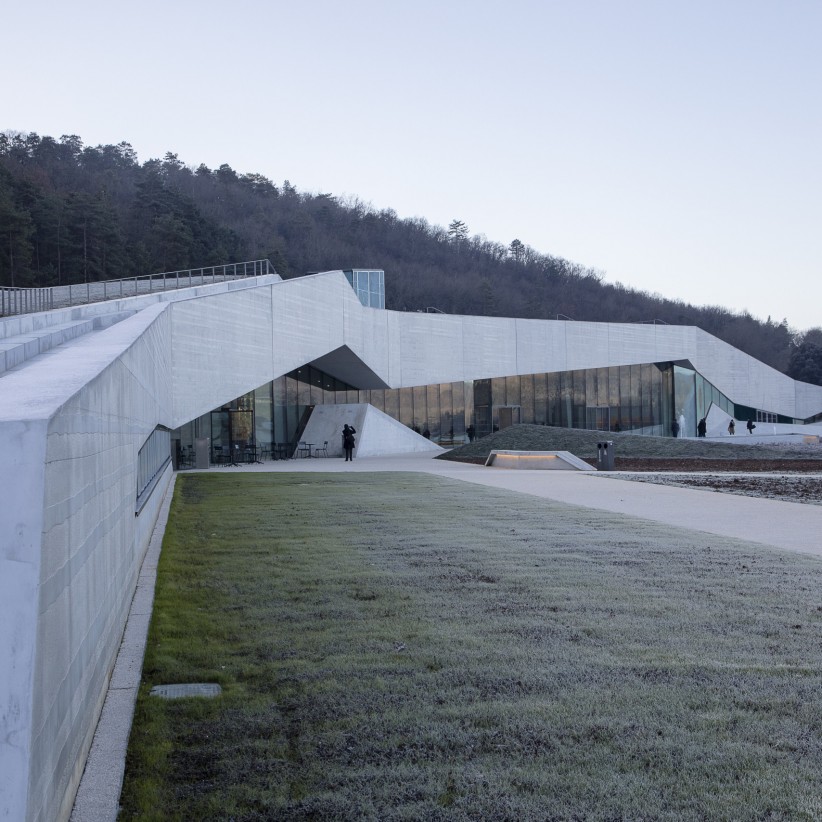 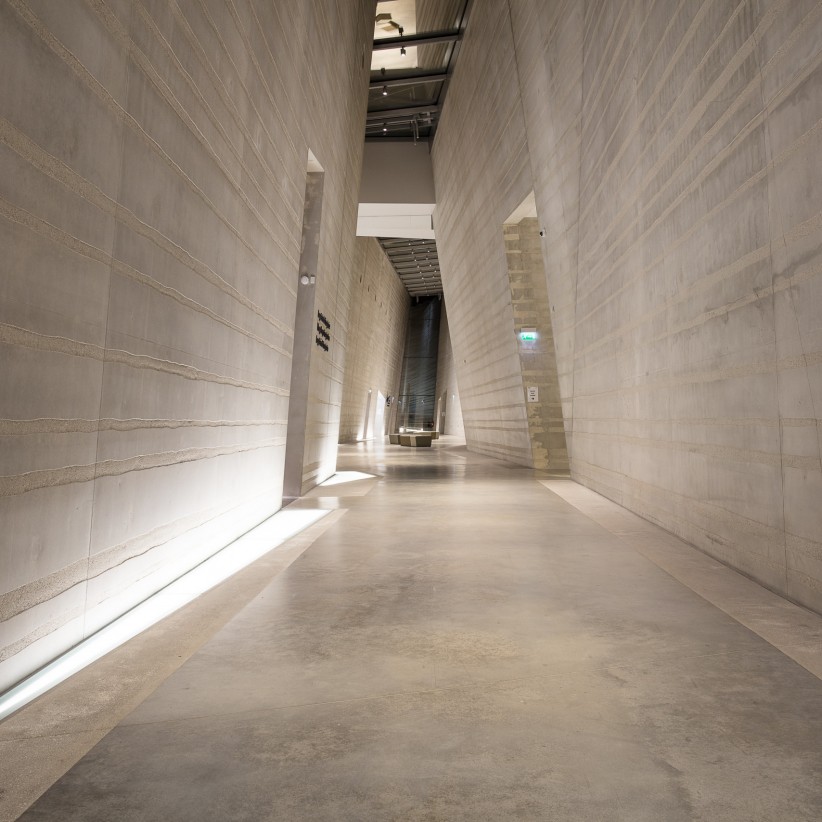 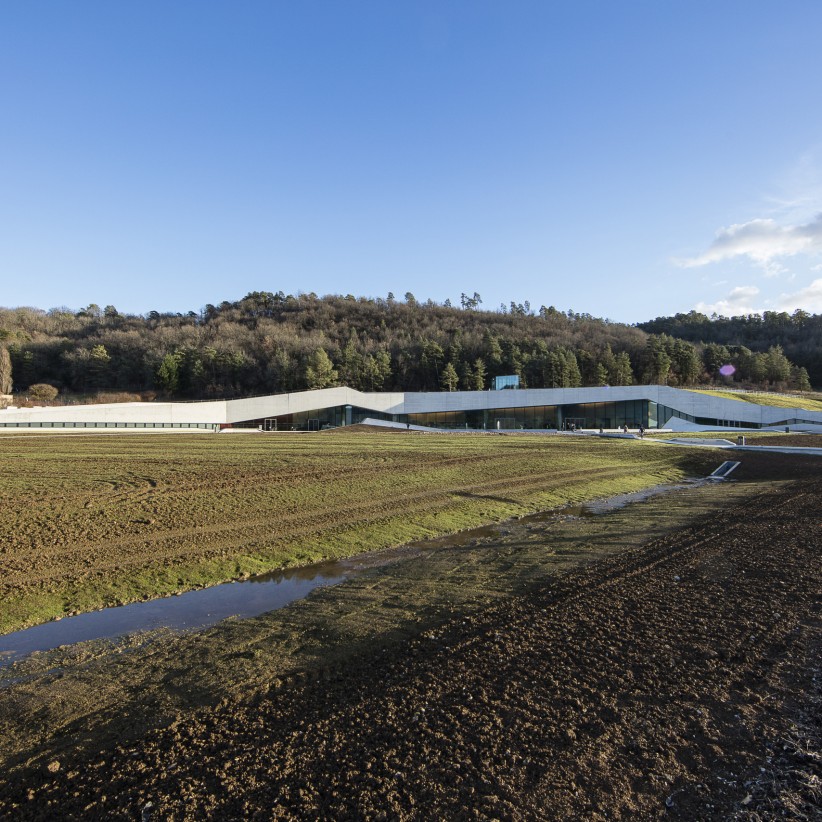 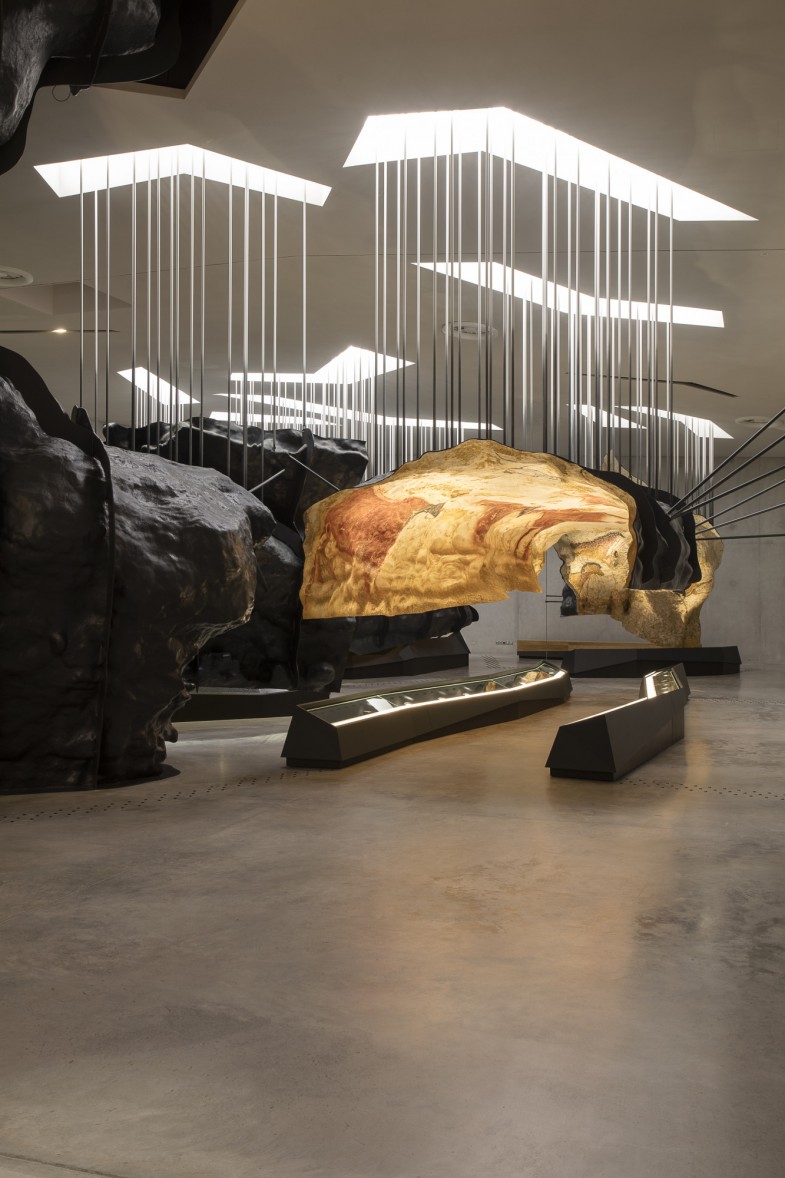 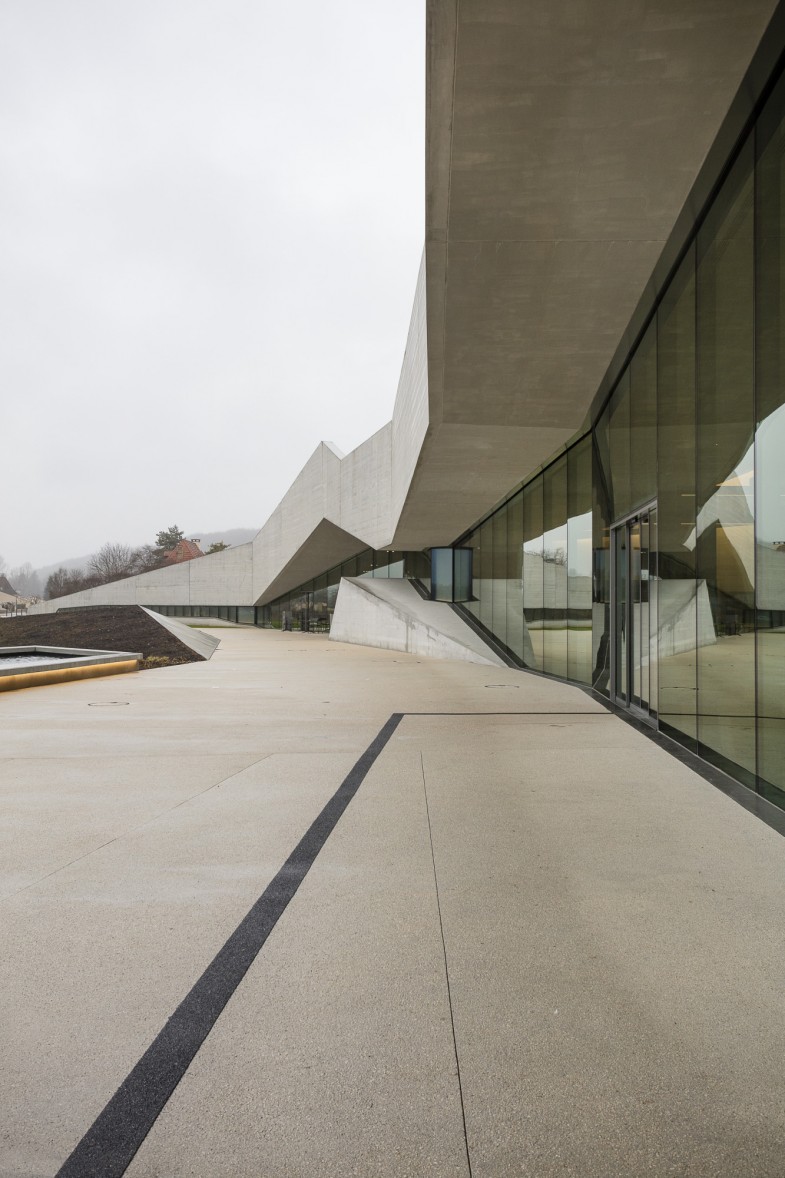 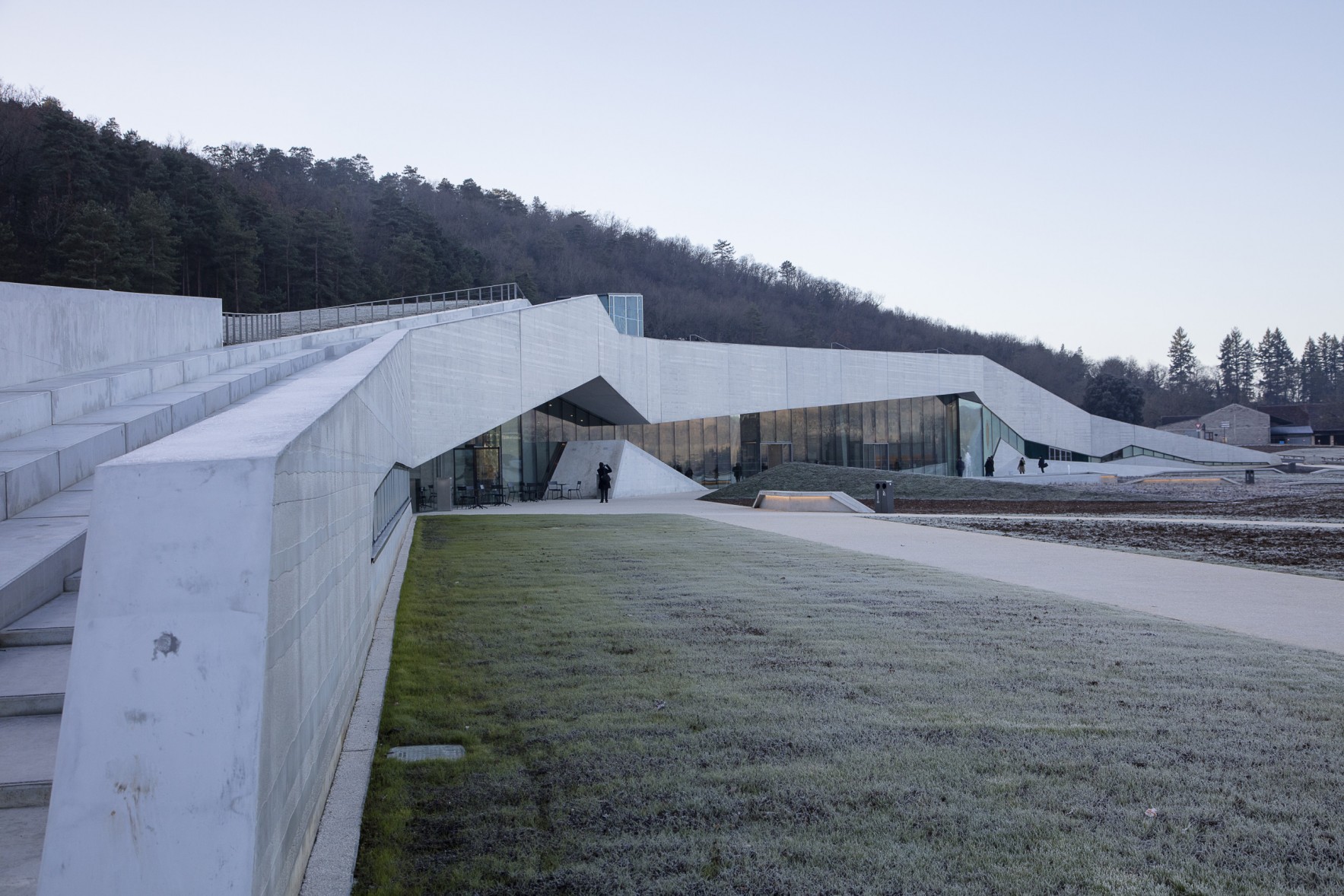 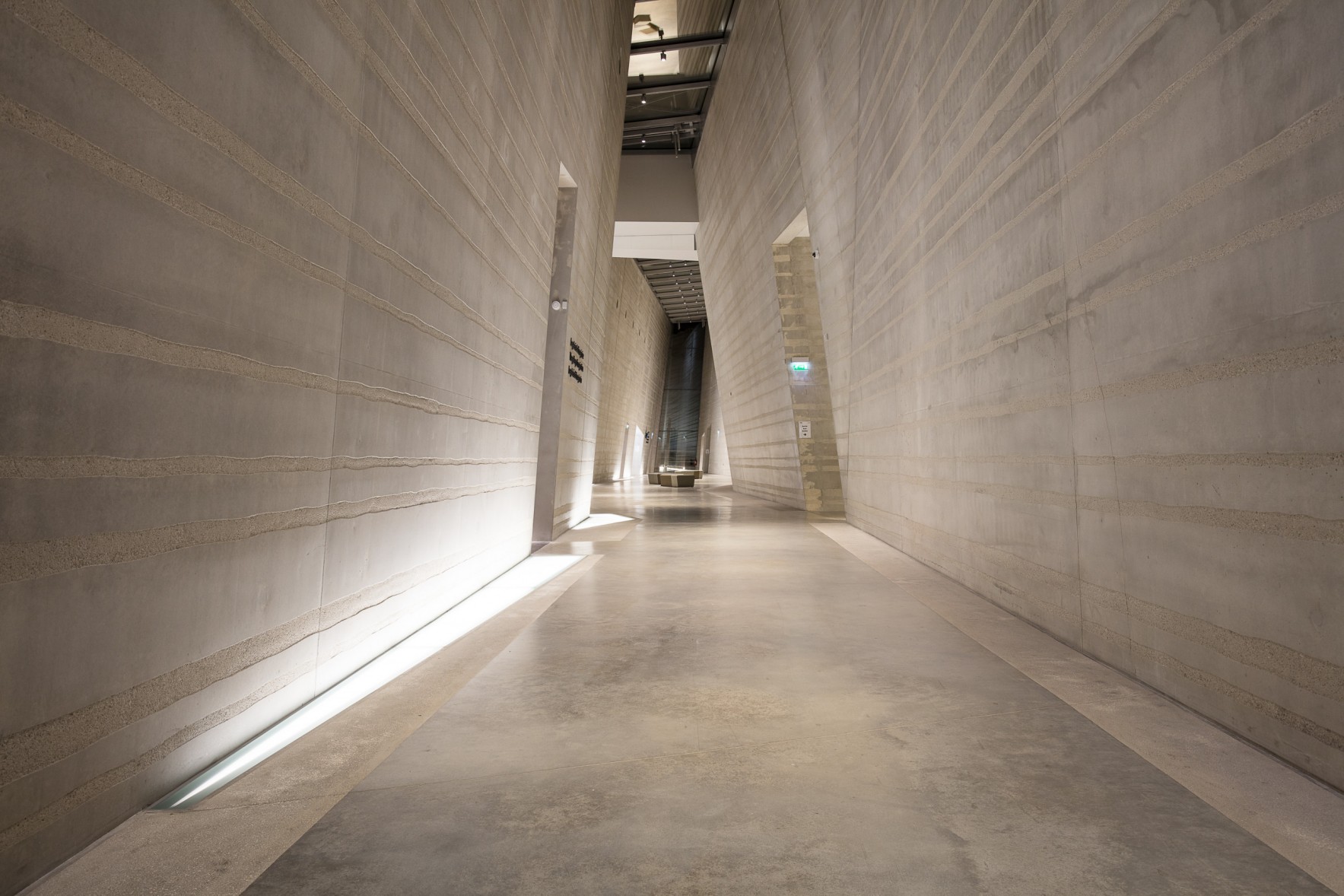 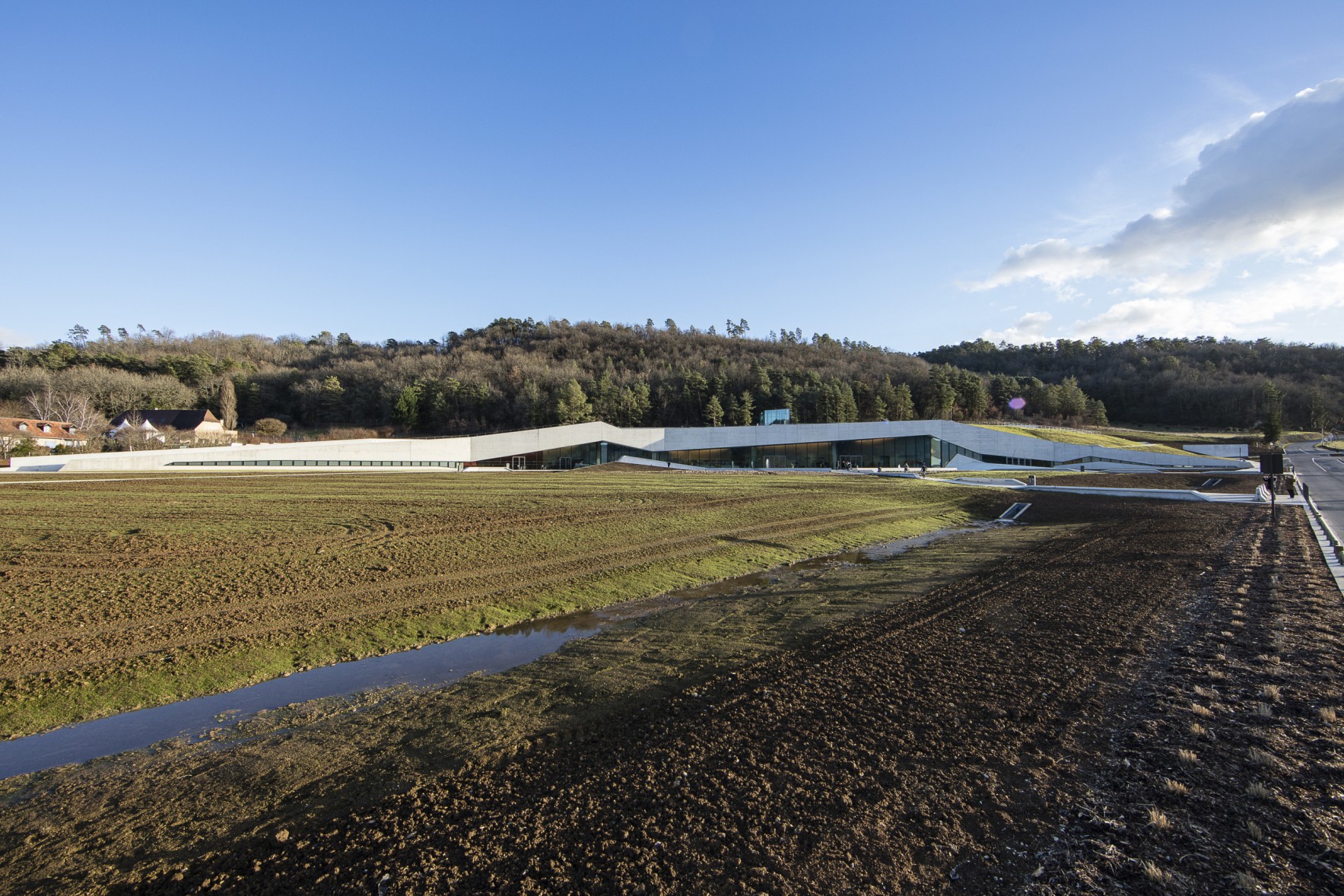 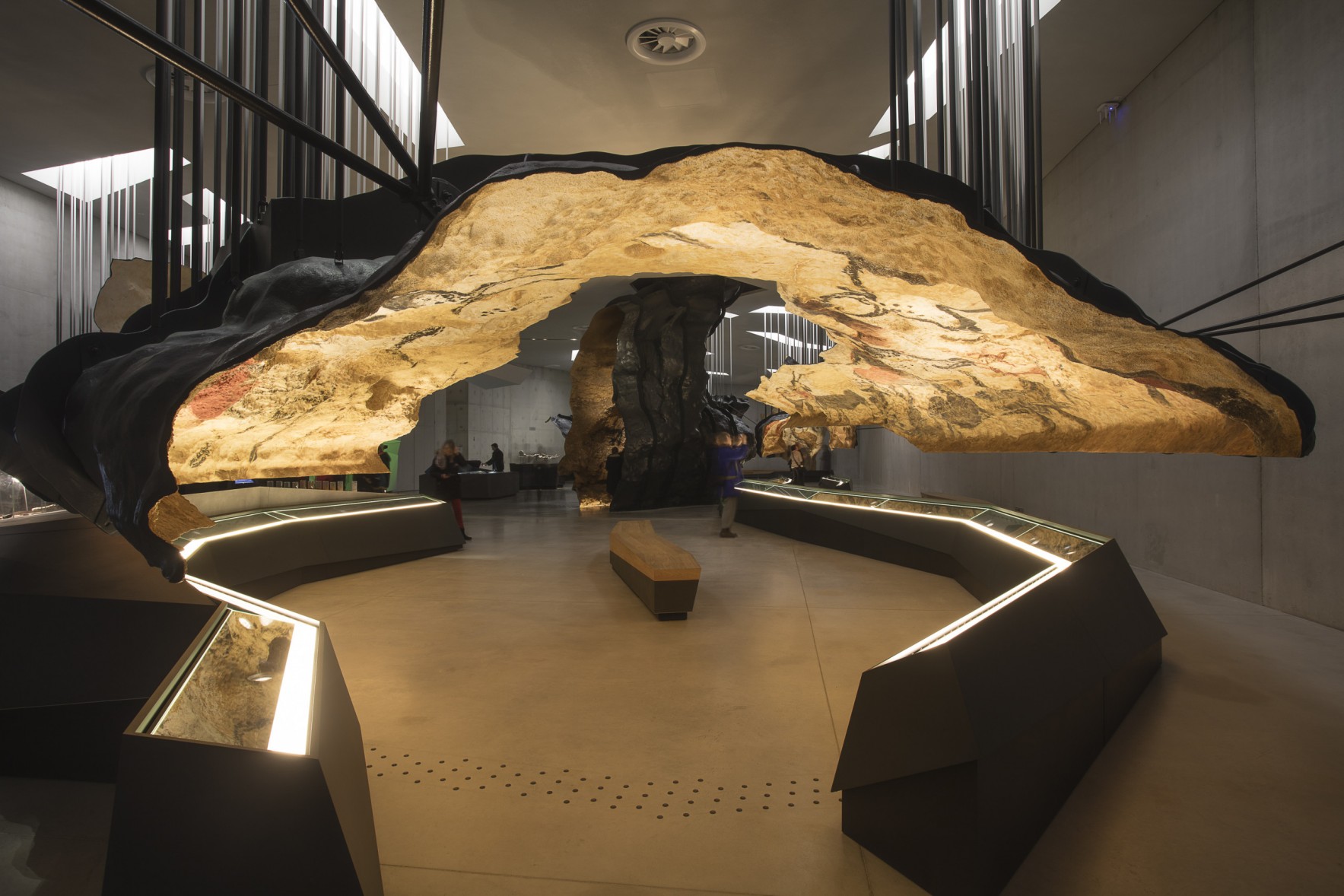