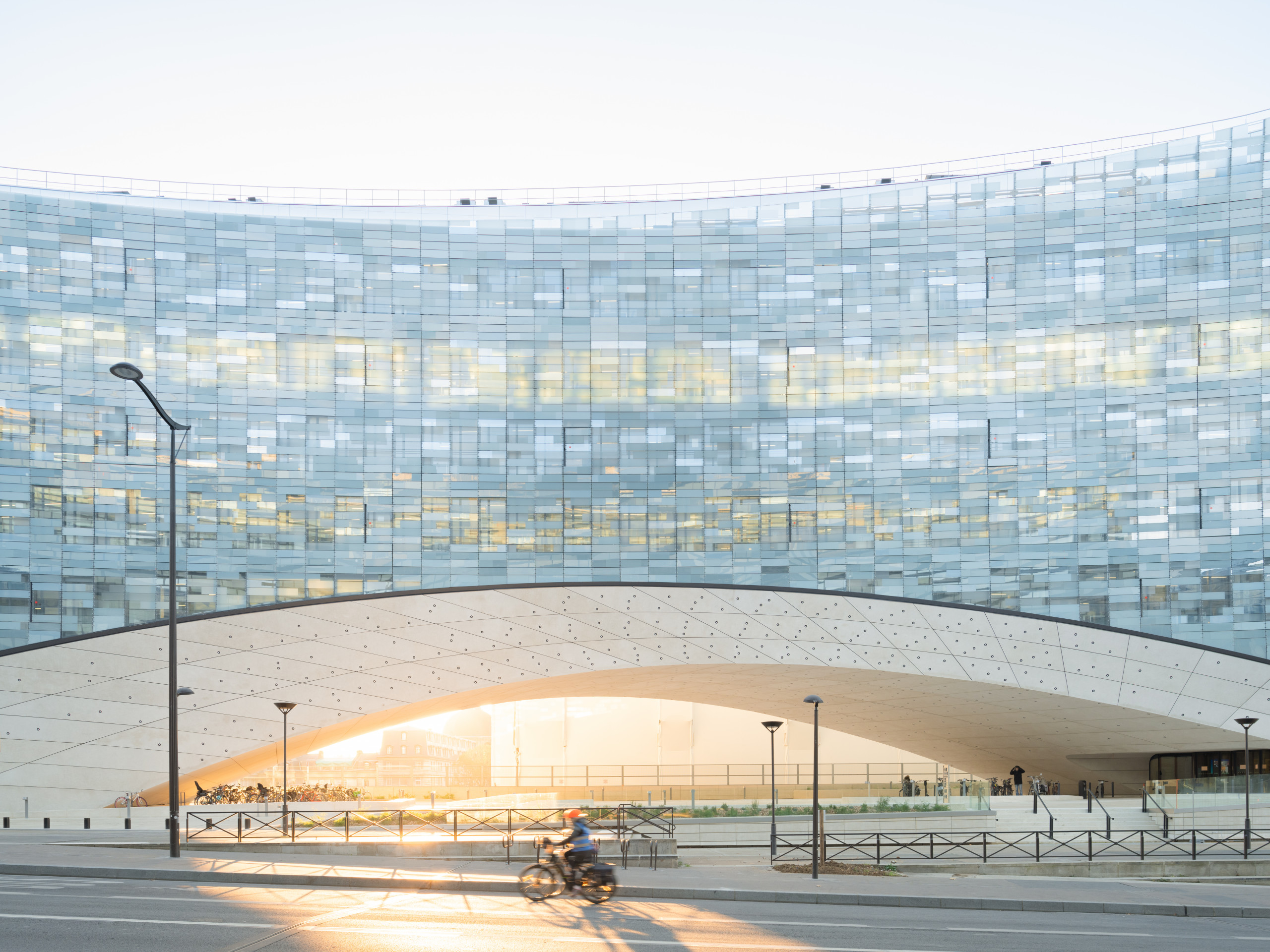 Located at the heart of the Left Bank district opposite Austerlitz station and at the end of Avenue Pierre-Mendès-France, this bridge-building is the new headquarters for leading French newspaper, Le Monde. Located above the railway lines, the structure is the first in a series of office buildings on the southern side of the Avenue. The building forms a parallelepiped from which spherical or conical shapes have been carved out to add interest to the façades and the 80m arch that spans a public plaza. The project draws its strength from this unique form and stands out due to the stark contrast between the two axial relationships. The north-east/south-west side is open to accommodate a pedestrian route through the site as well as to maintain views over the station façade, the Saint-Louis de la Salpêtrière chapel and the river Seine. To the north-east/south-east side, the building forms a new boundary that creates a public space in a very urban relationship with the built environment. 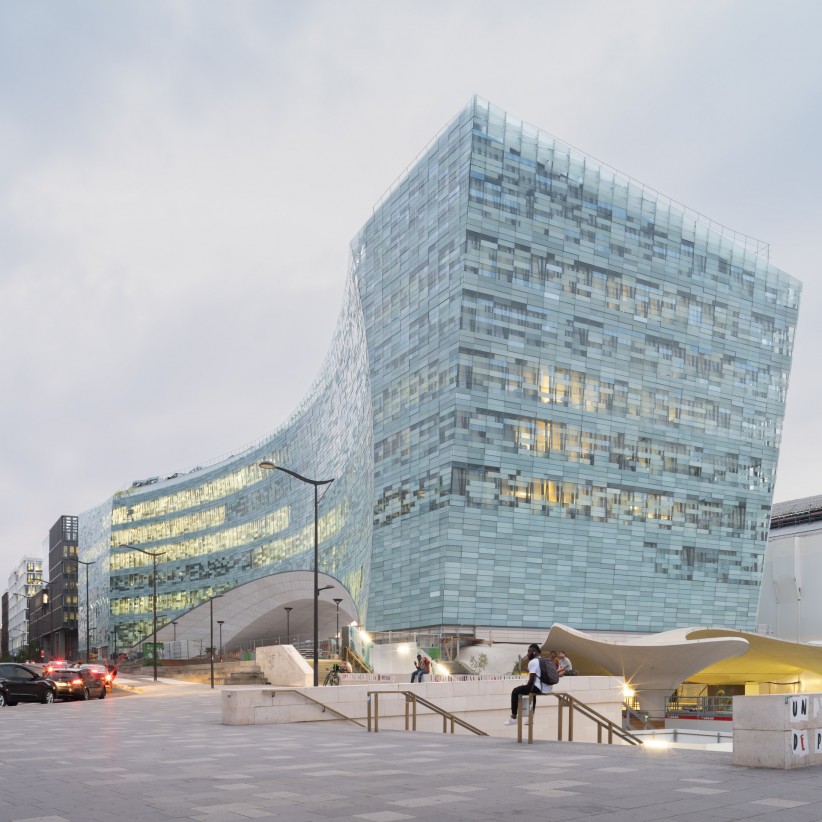 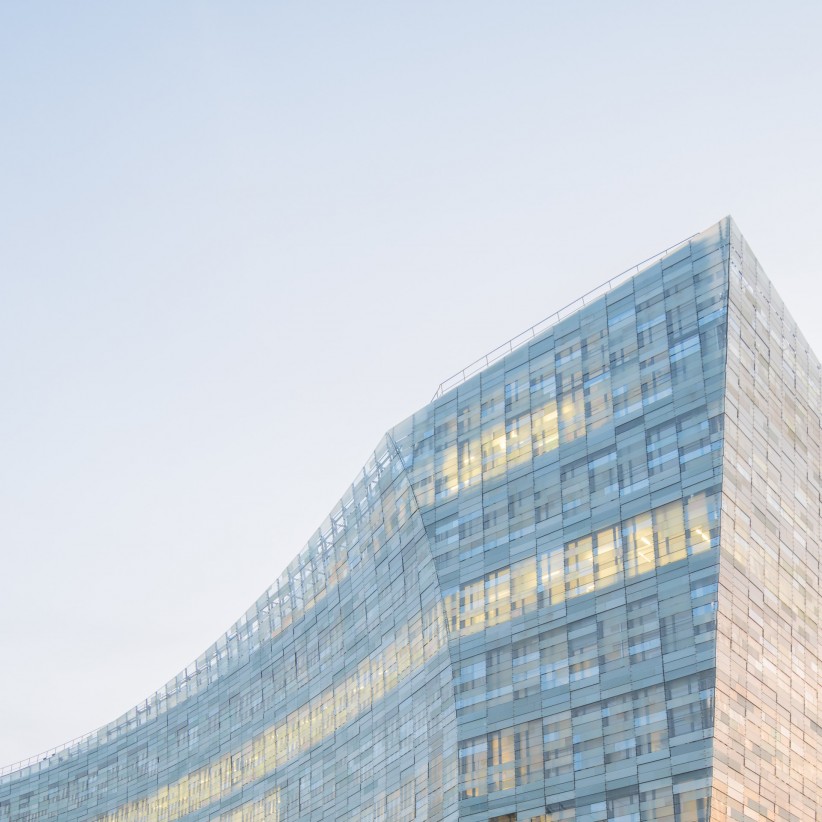 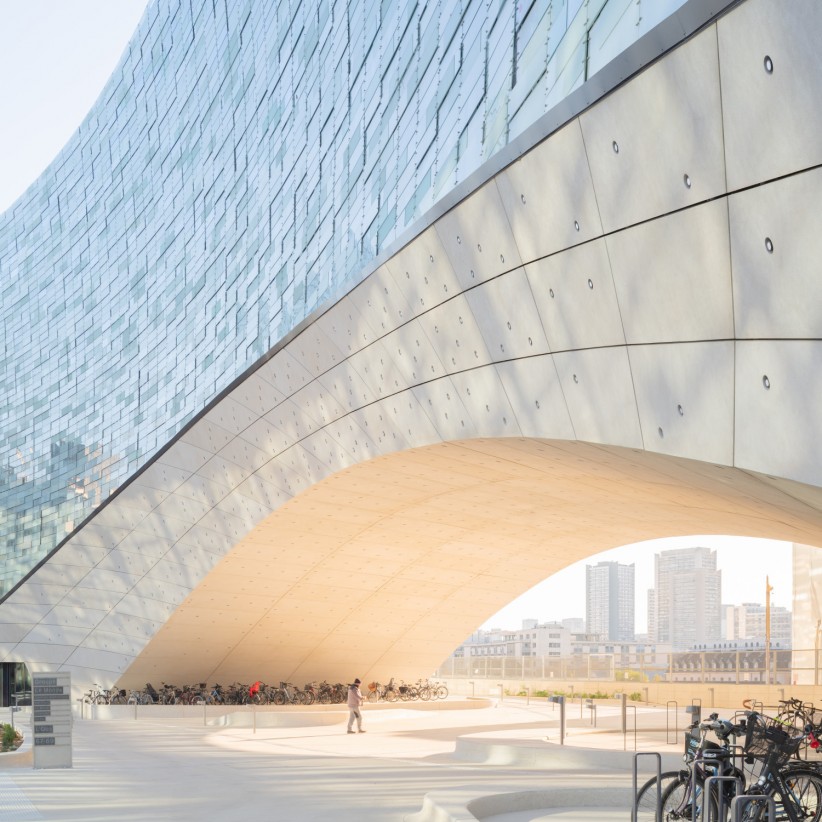 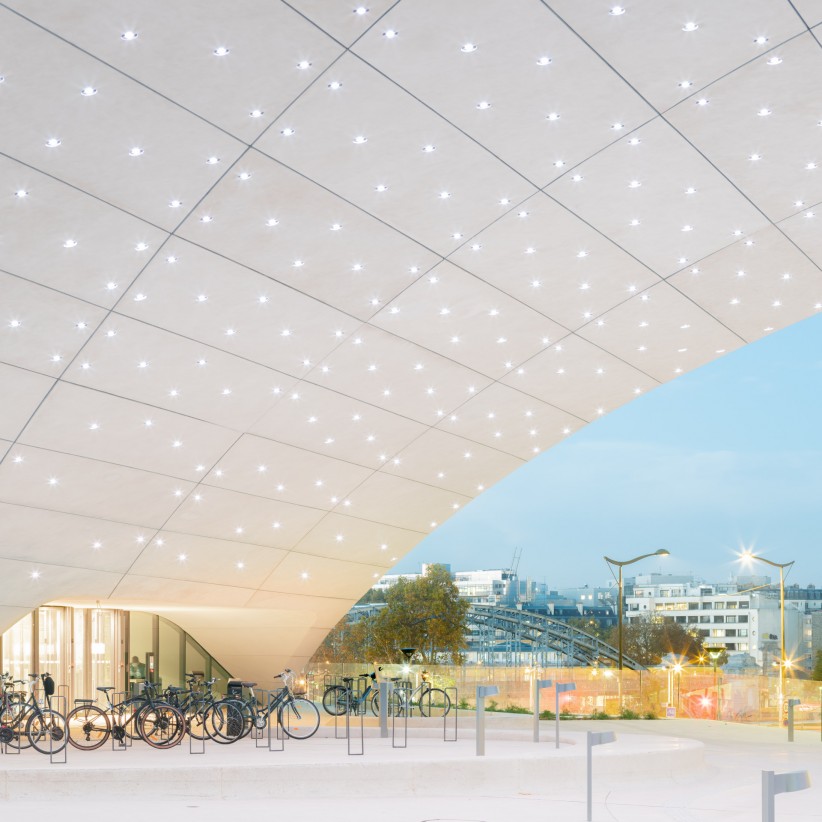 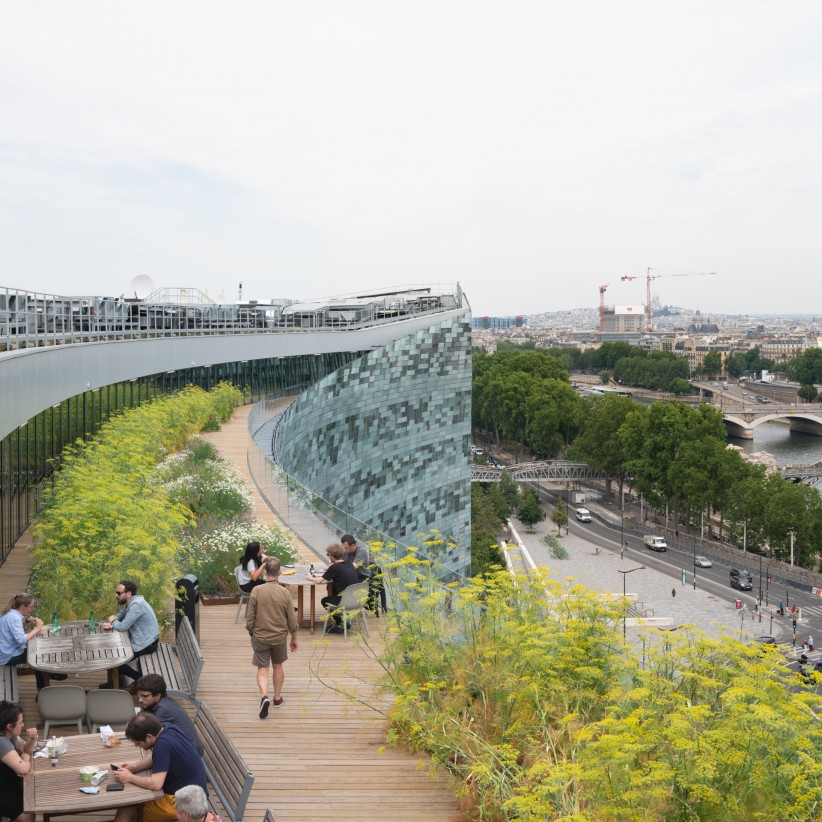 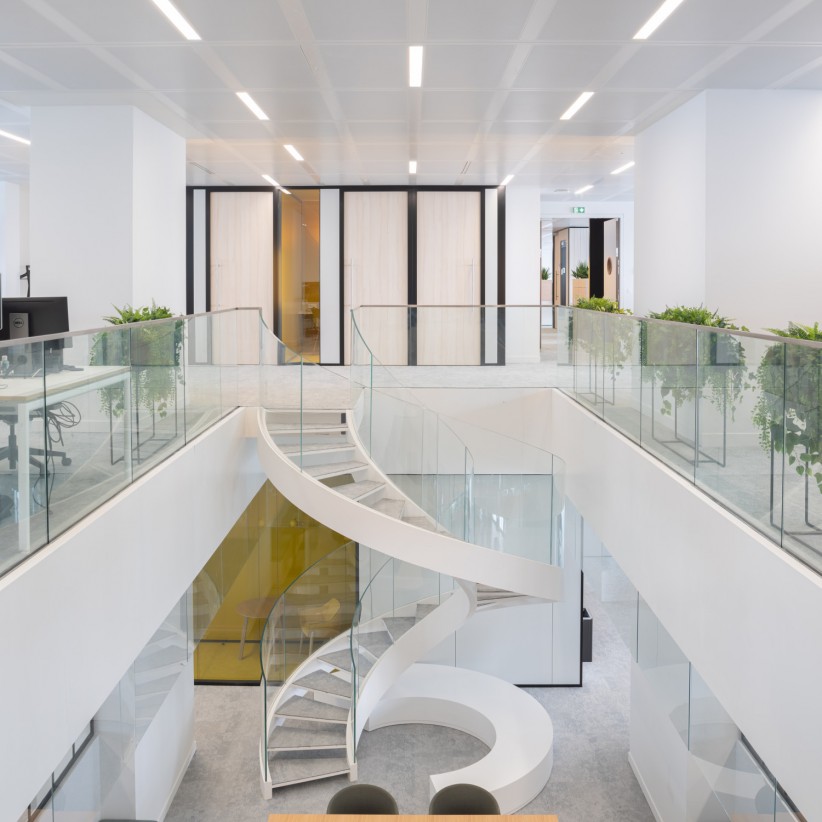 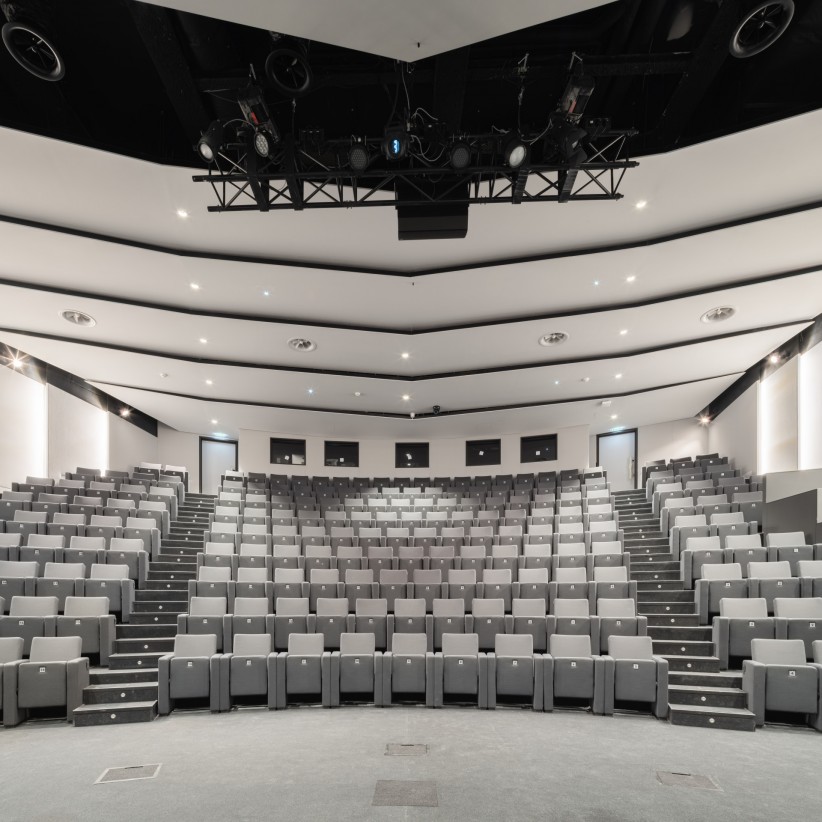 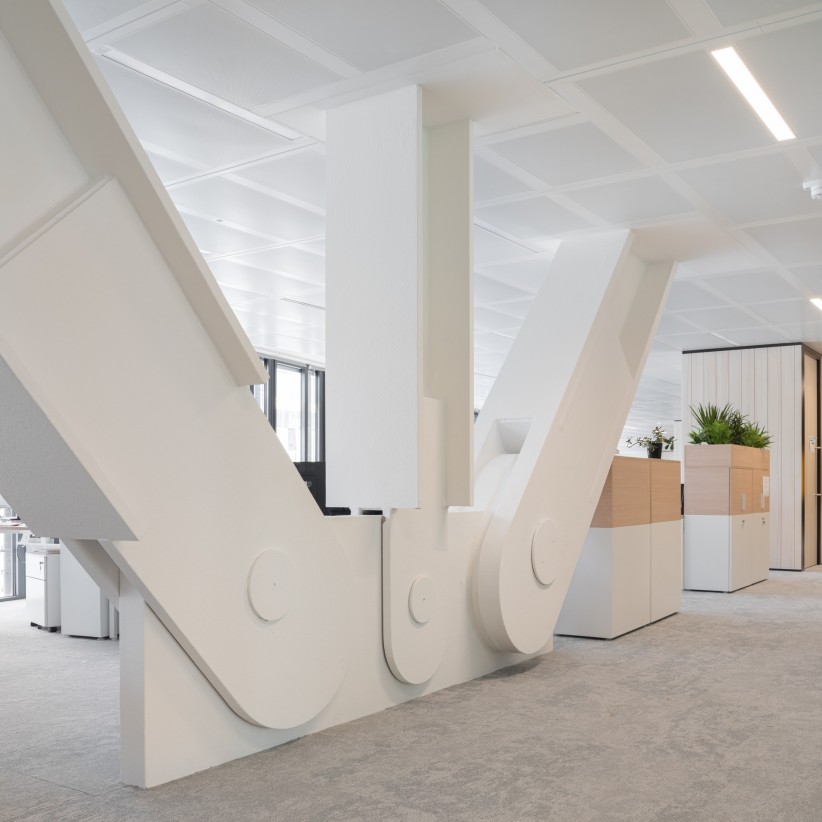 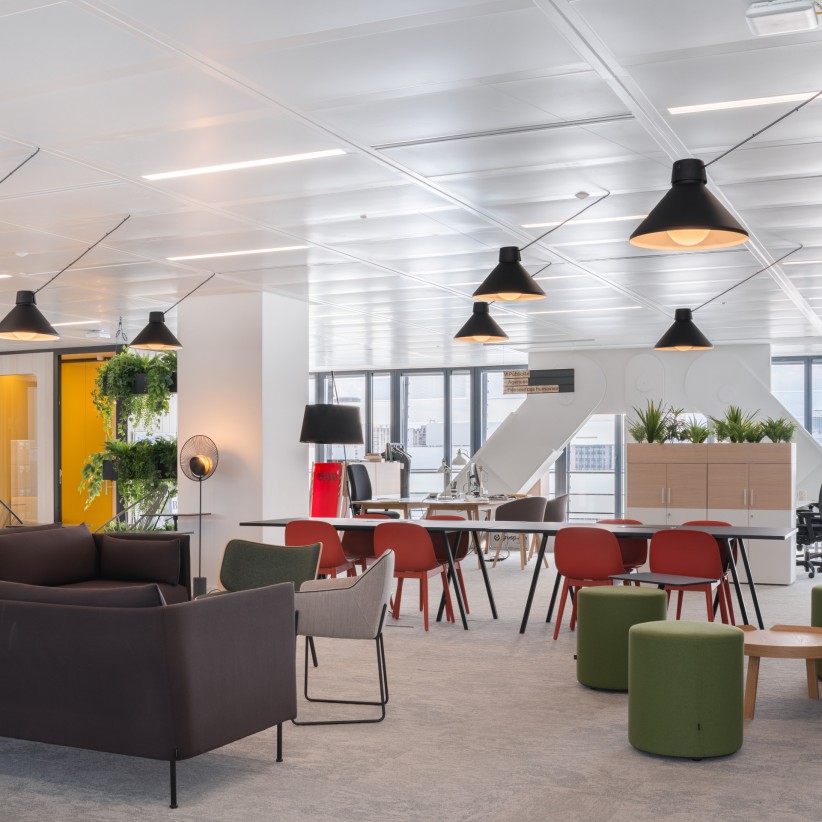 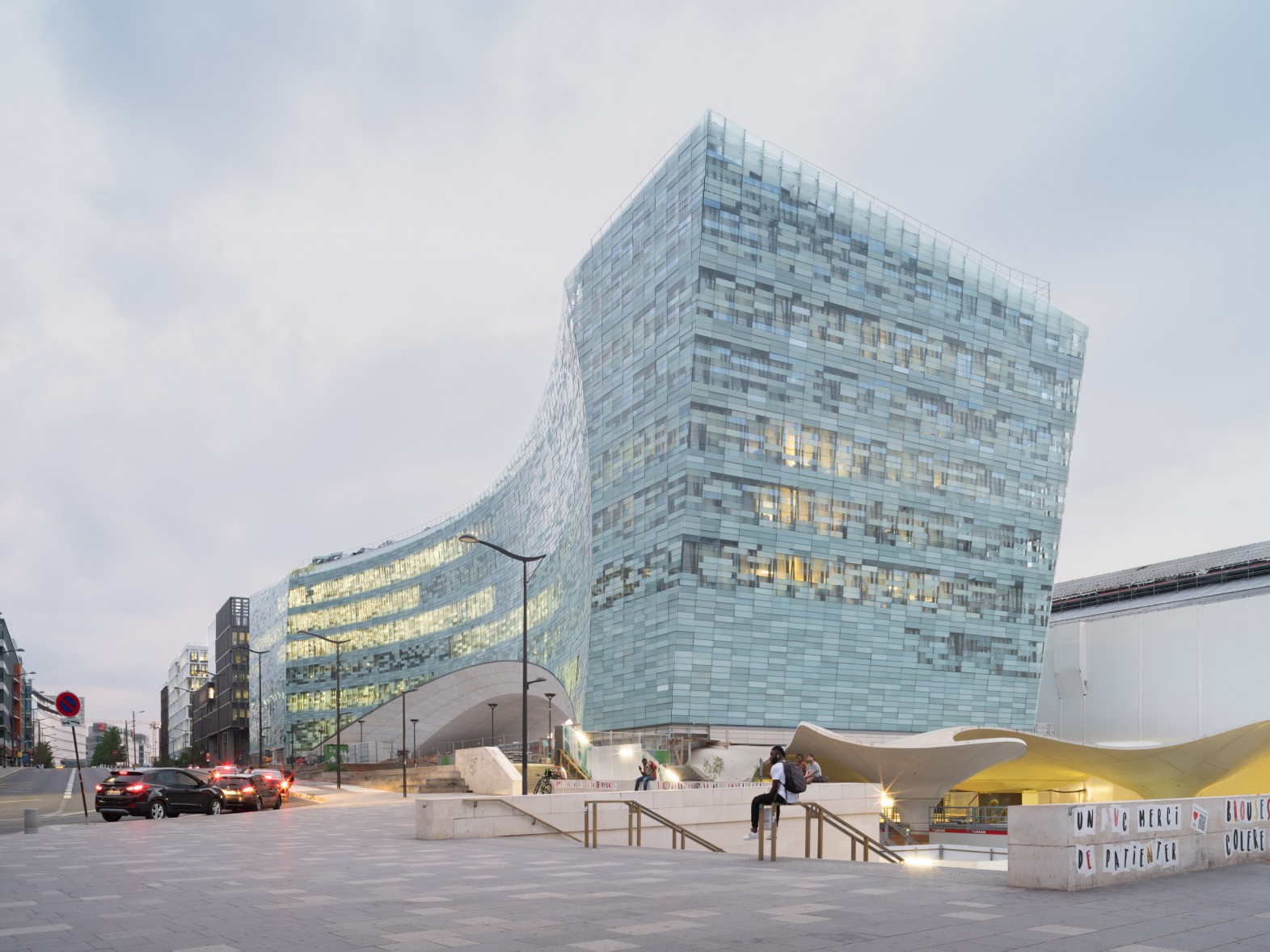 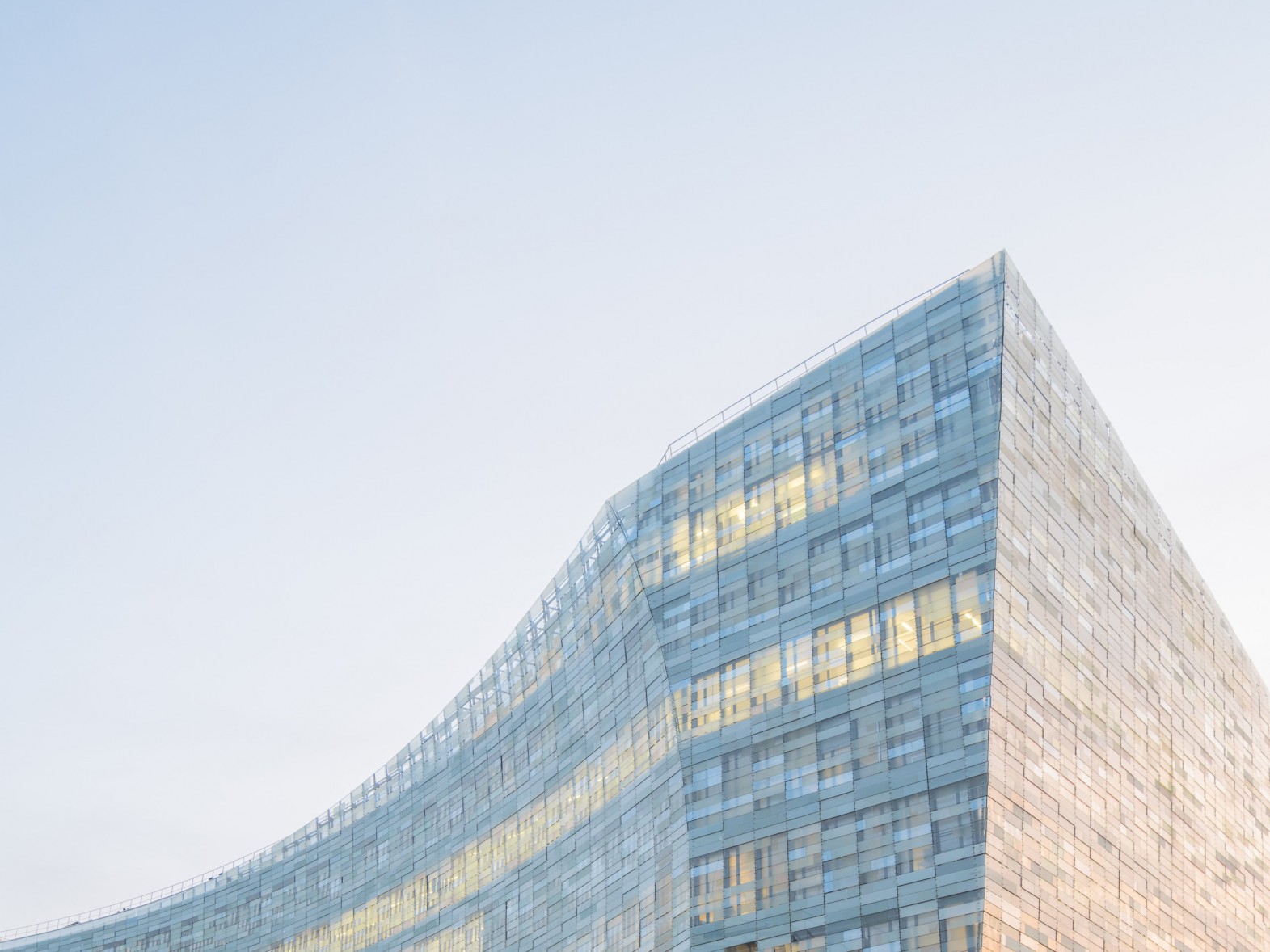 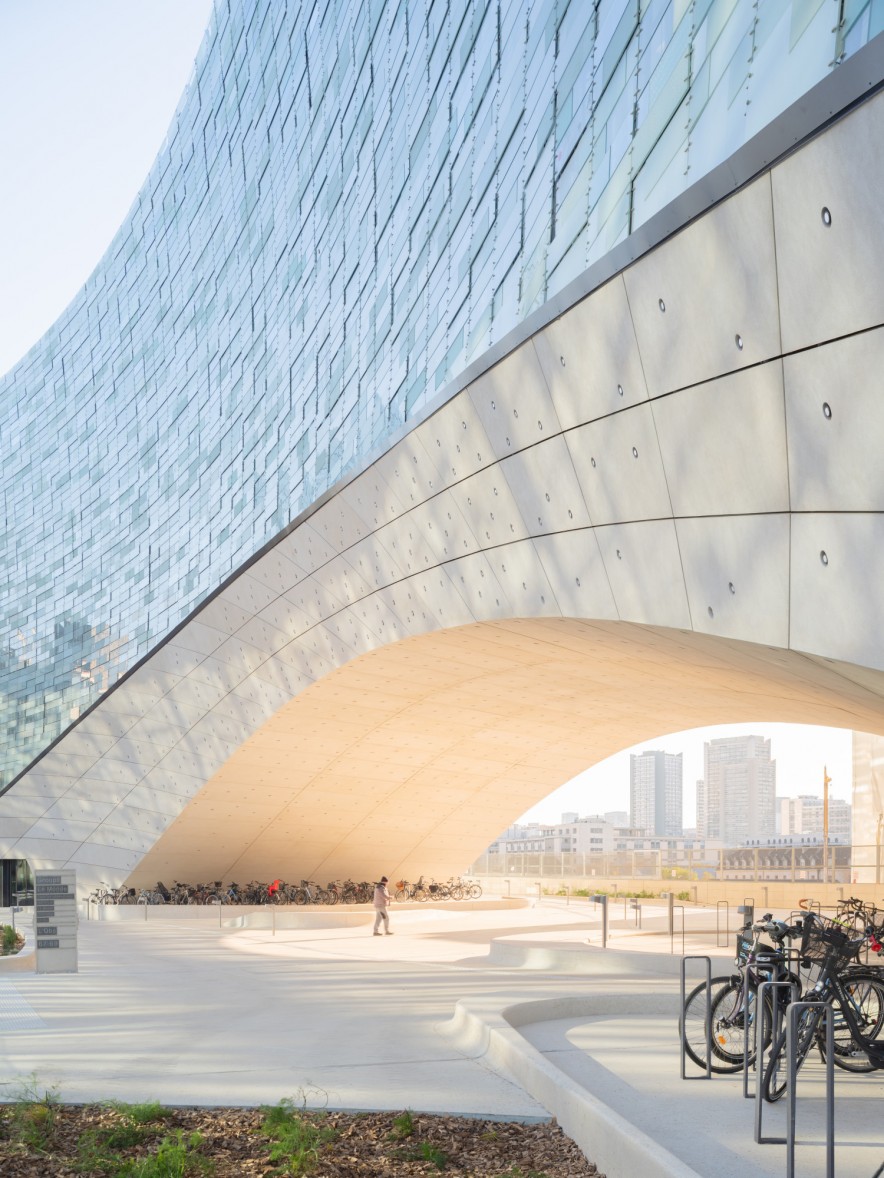 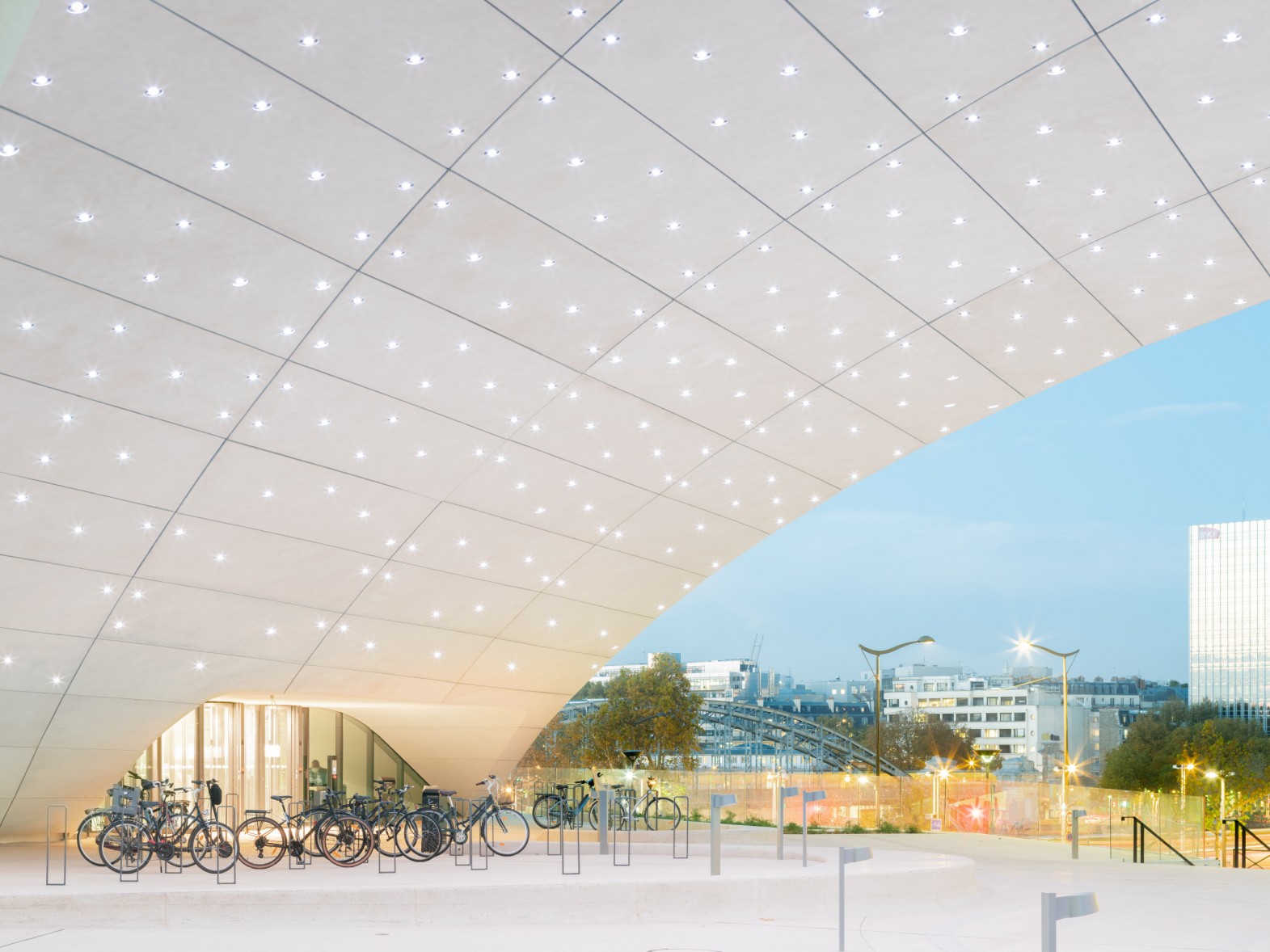 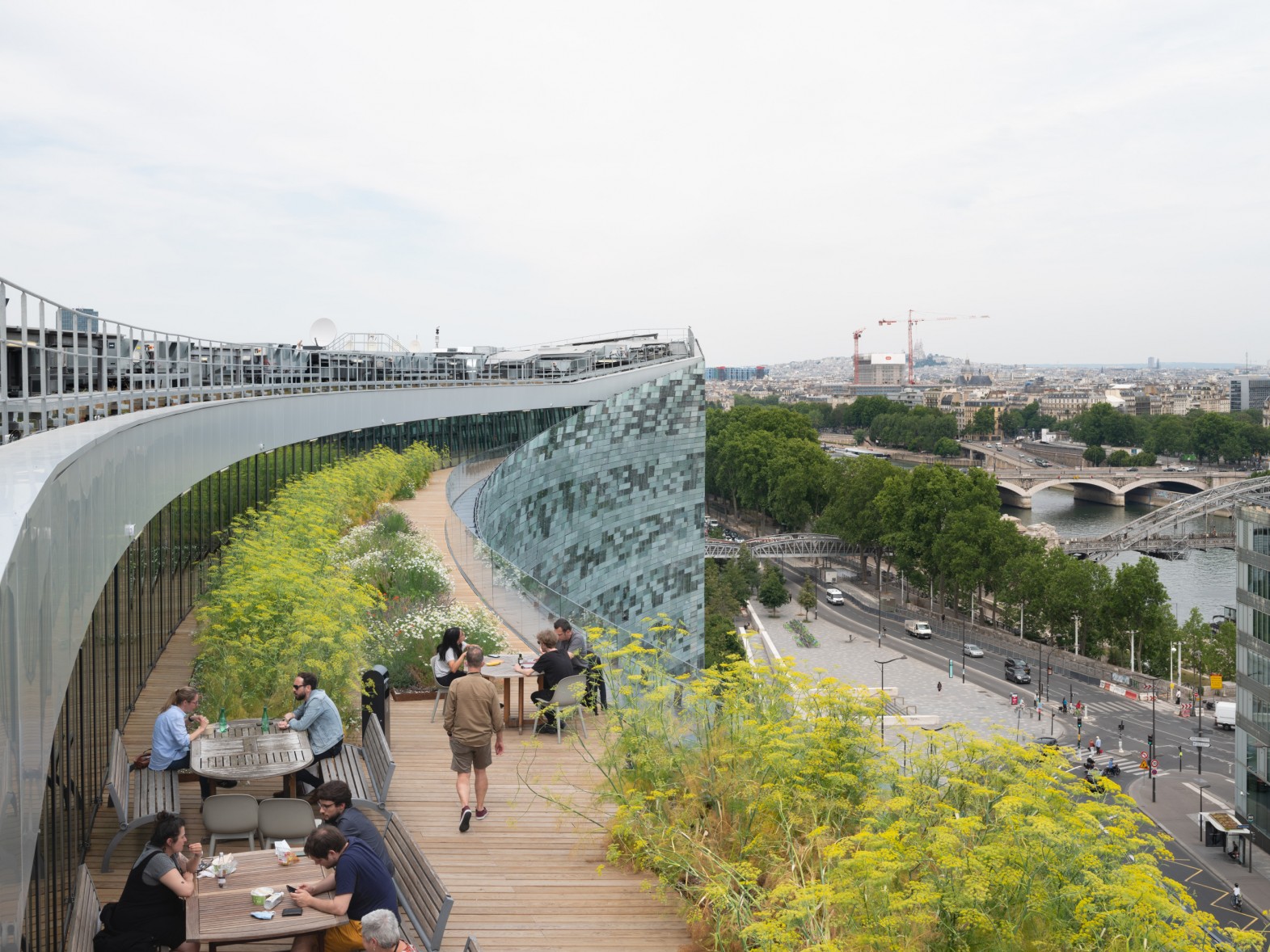 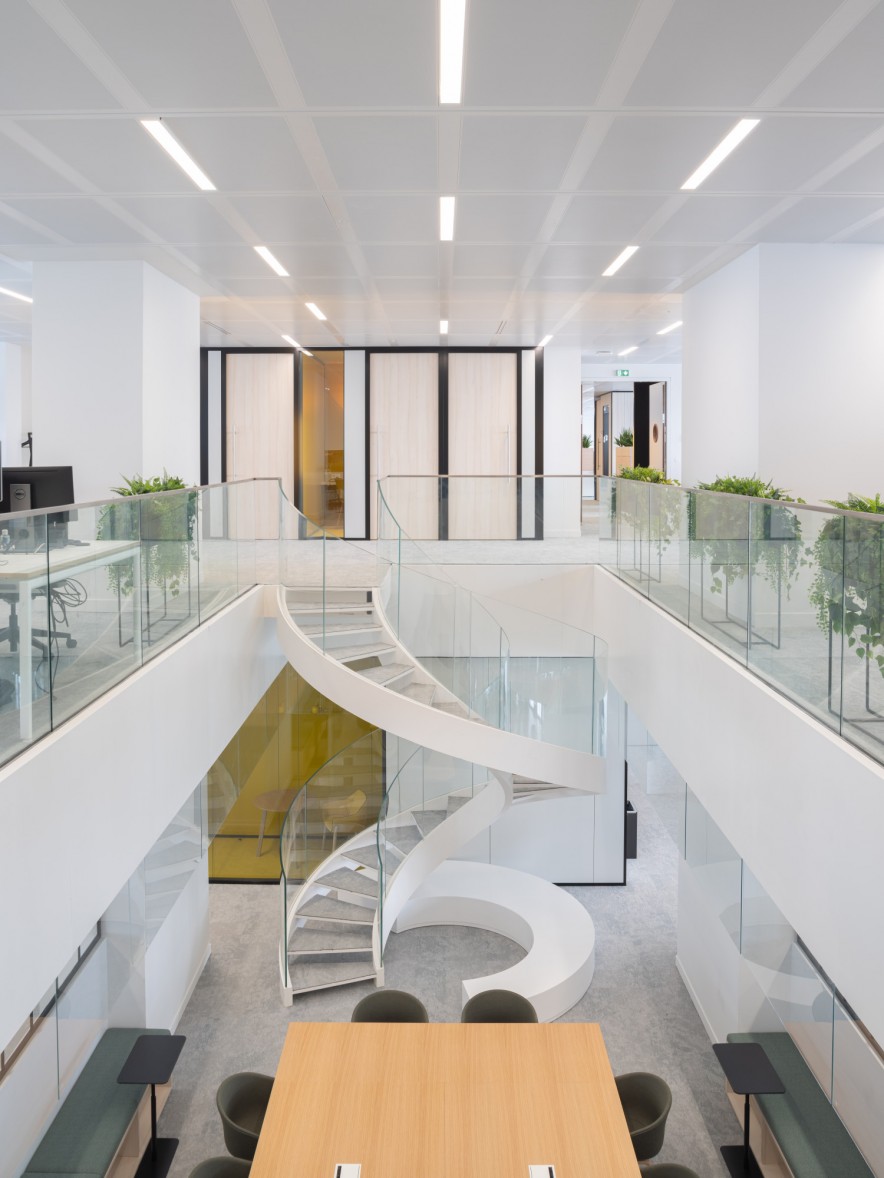 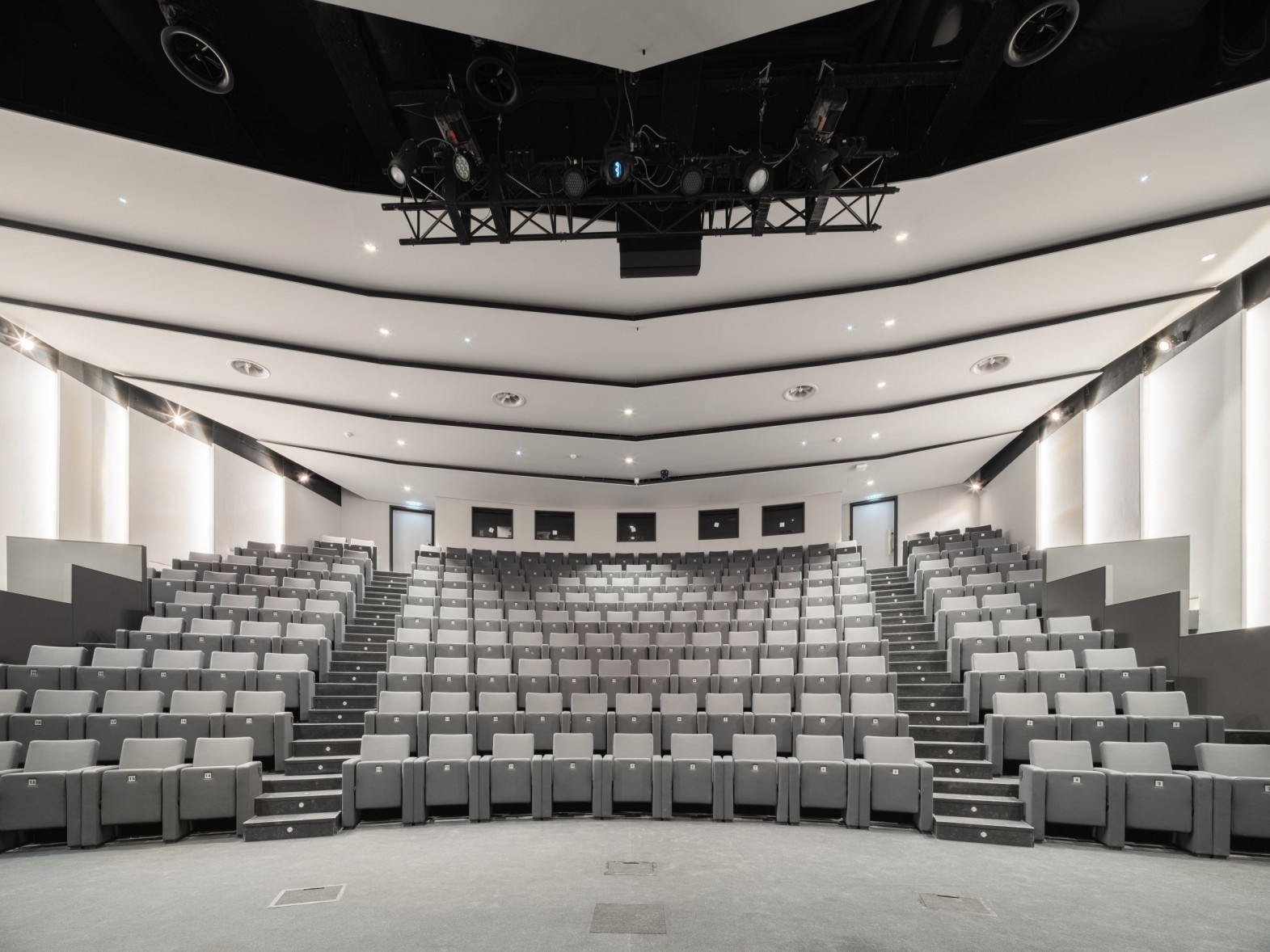 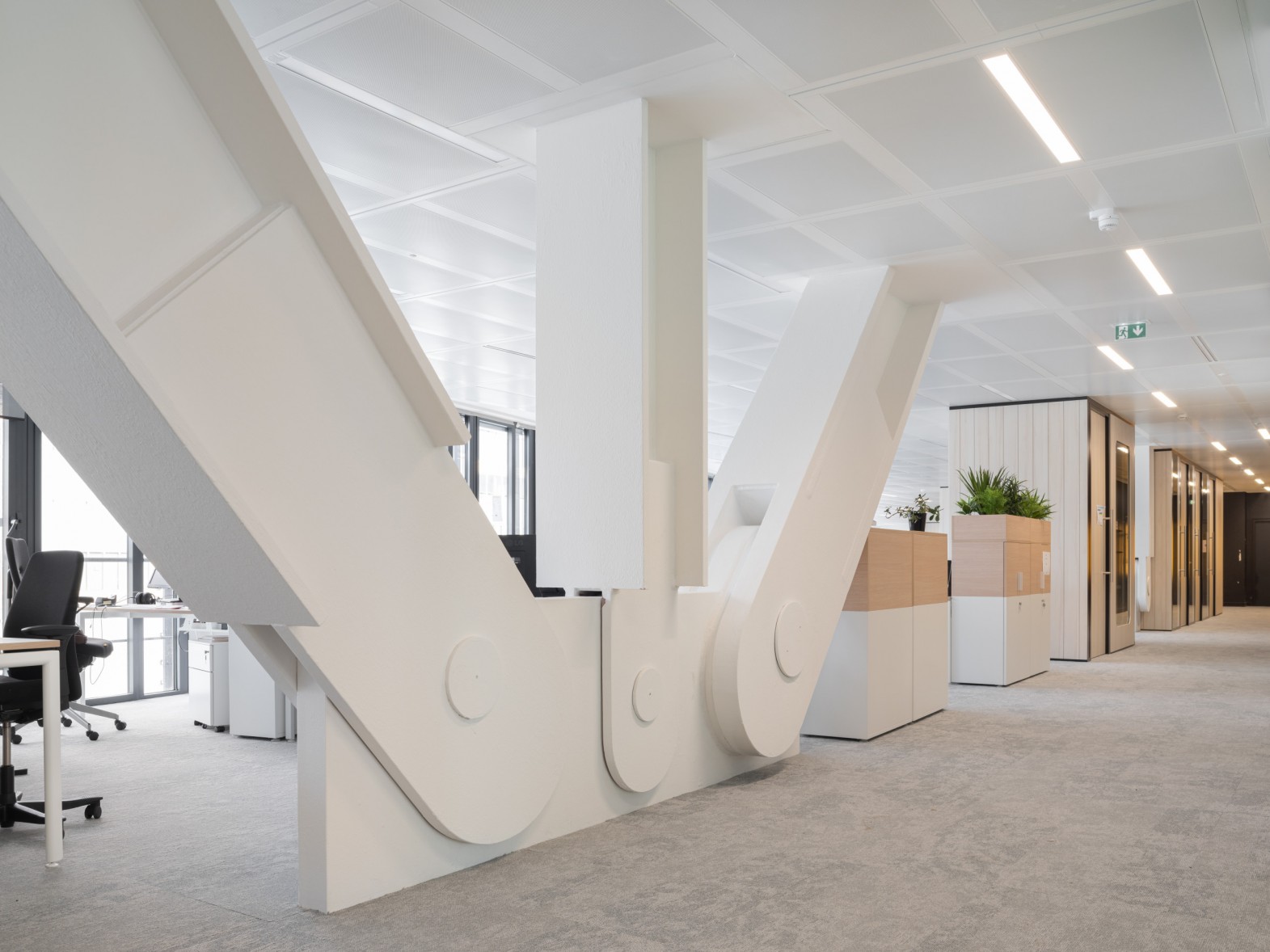 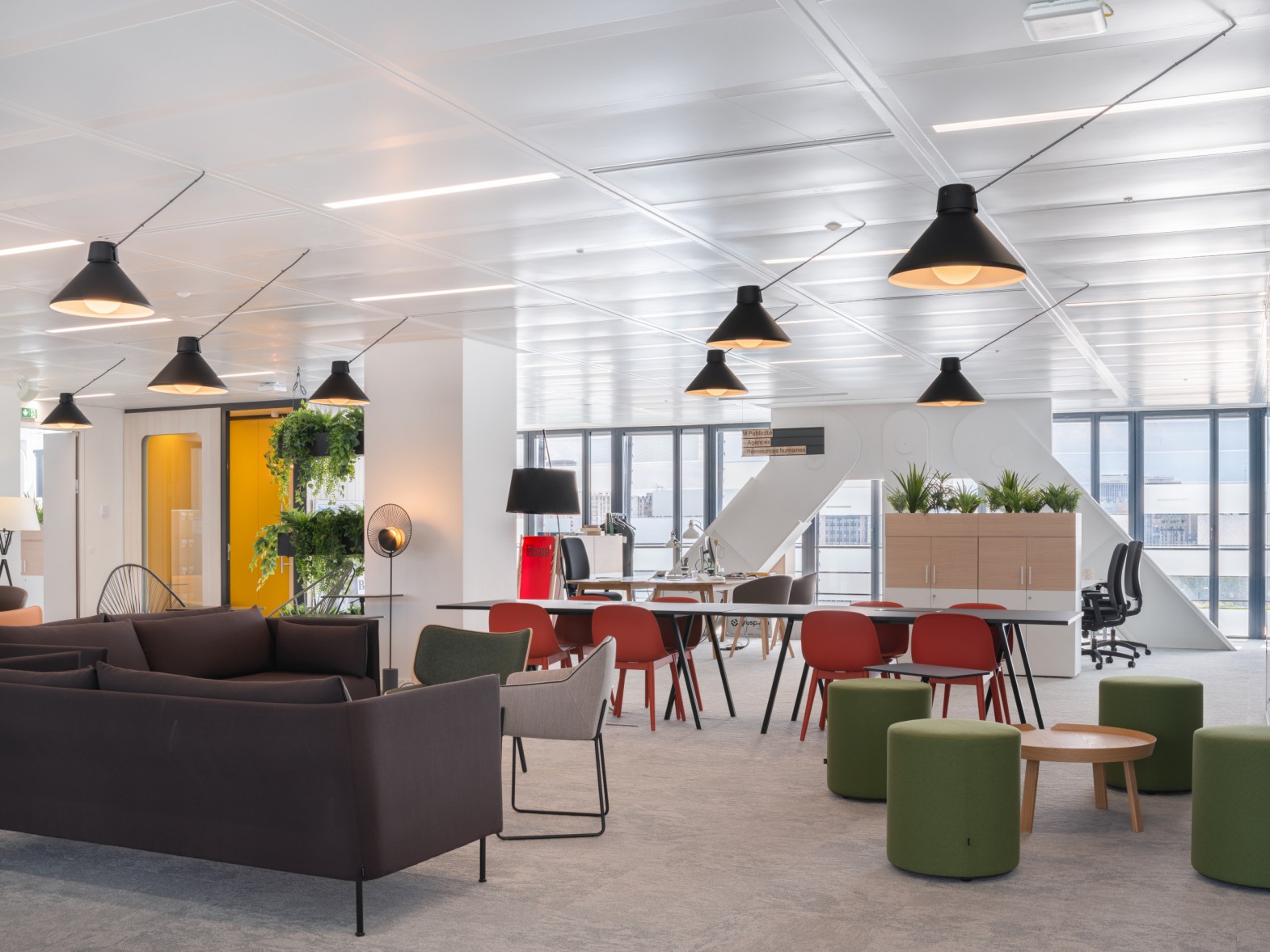