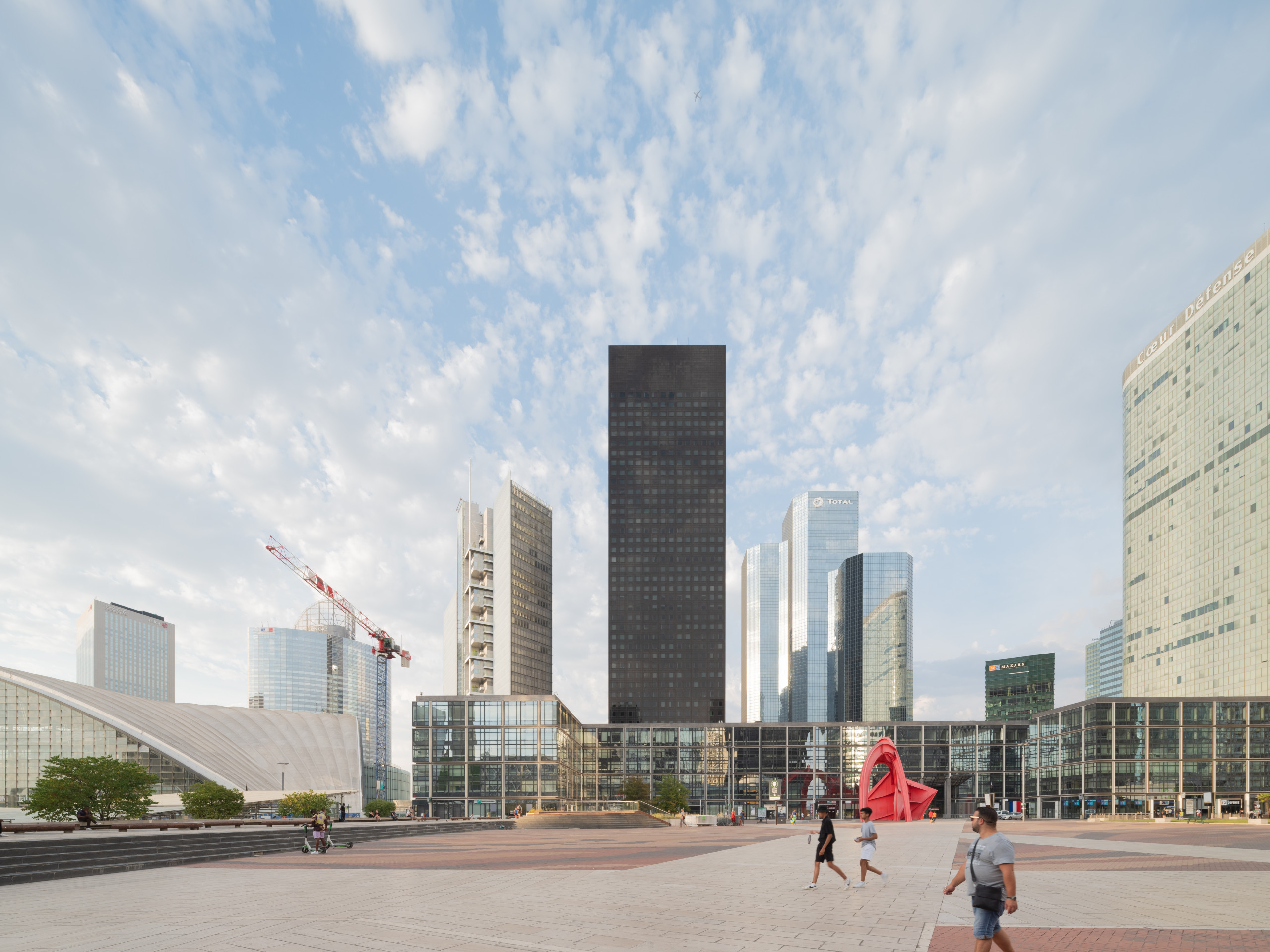 At 178m tall, the Fiat tower was built in 1974 and has since seen a series of refurbishments and was renamed Framatome in 1994, then Areva in 2001. The initial project included an inter-company restaurant, an auditorium, meeting rooms and office space. The Fiat tower was one of the first buildings in Europe to be built using the concrete-tube method: a load-bearing façade to which a Rhodesian marble cladding (in the same colour as the glazing) is anchored. Unlike the surrounding towers, these façades also act as a windbreak. In order to reduce pyramidal deformation, the glass panes gradually widen through to the top floor, while the size of the frames into which they are inserted remains the same. The tower’s abstract appearance comes from the black granite cladding and the tinted glazing. Its elegant proportions make this building a point of reference and one of the most iconic symbols of the La Défense business district. 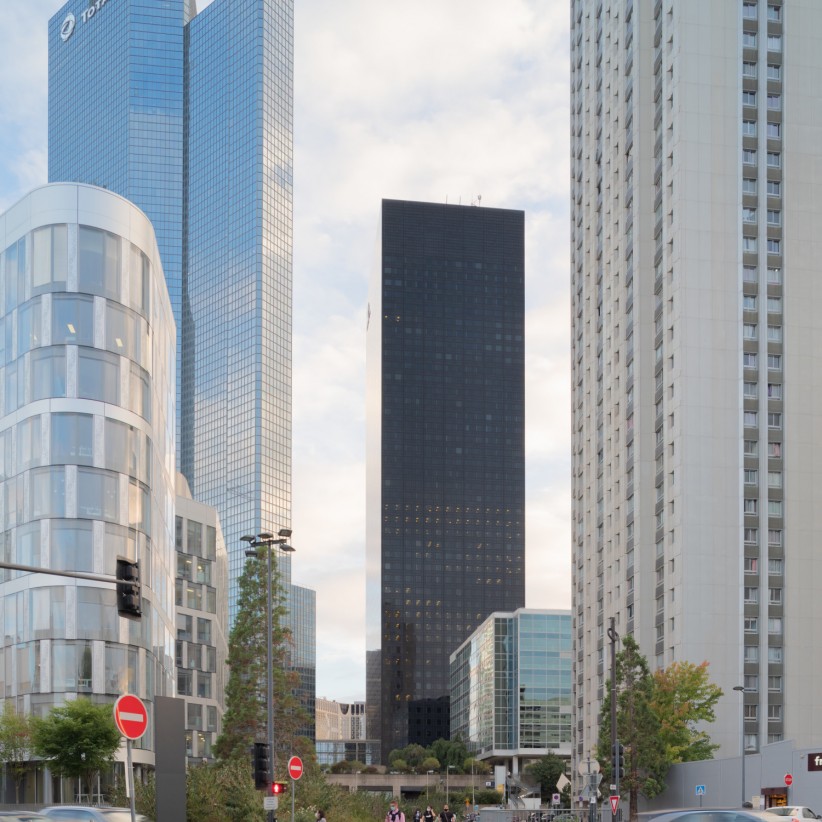 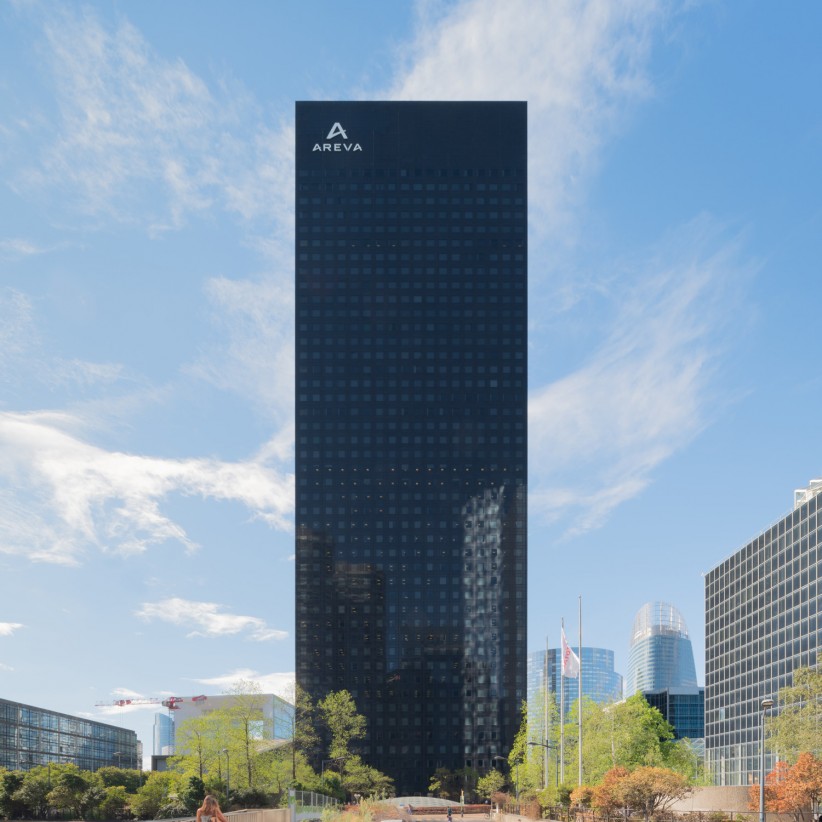 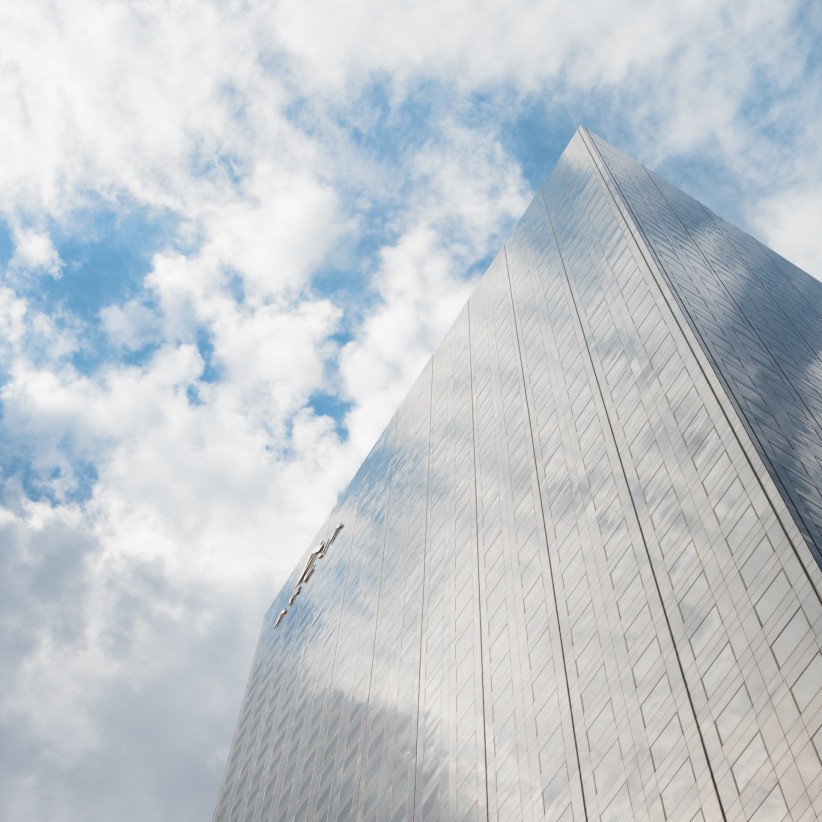 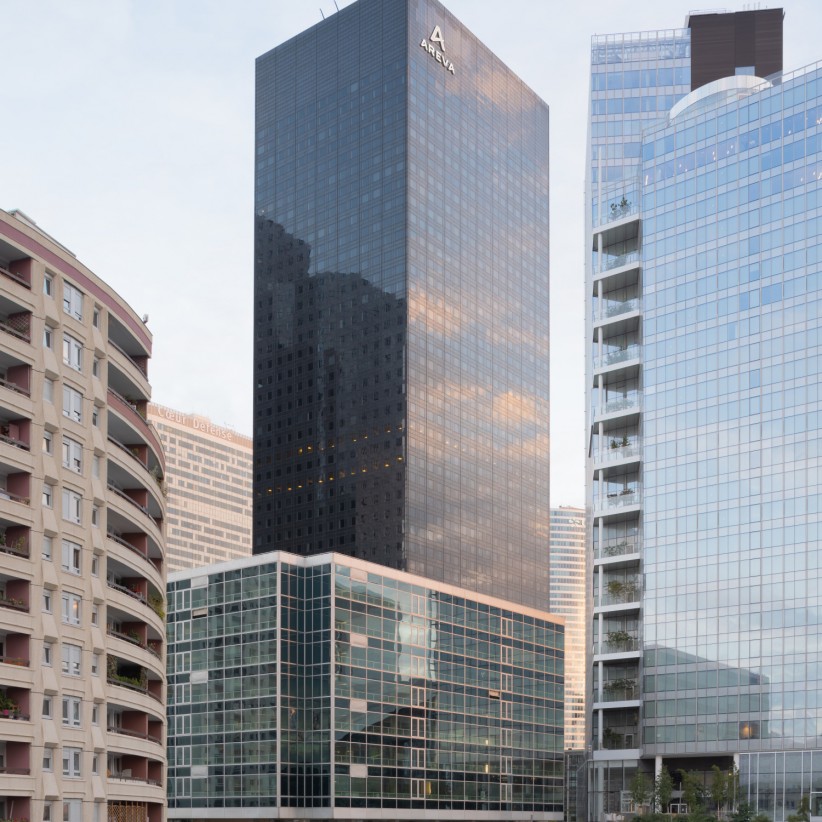 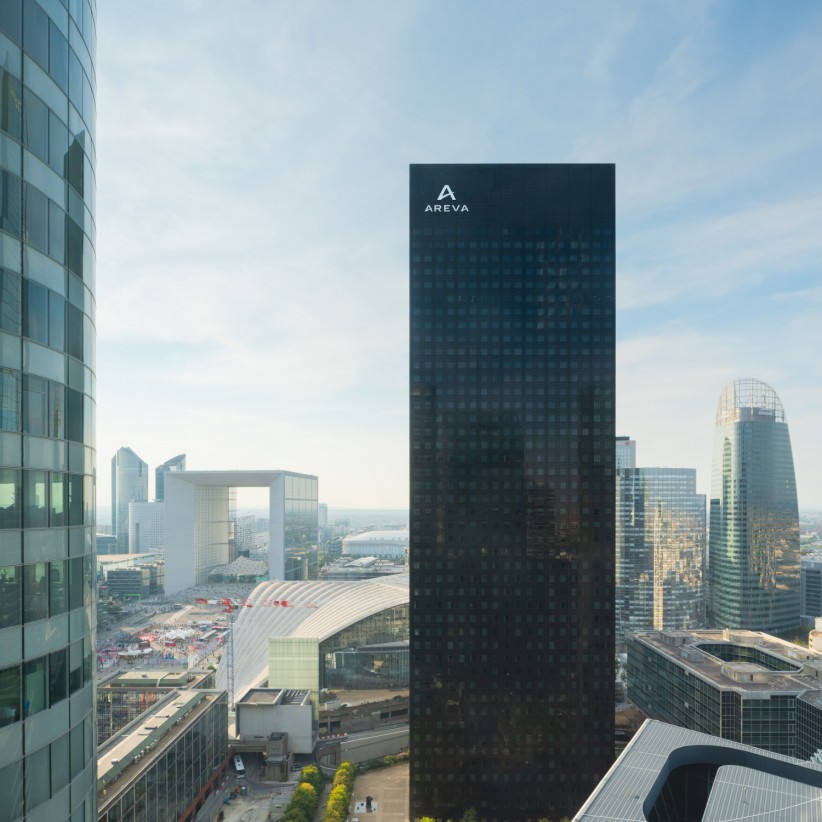 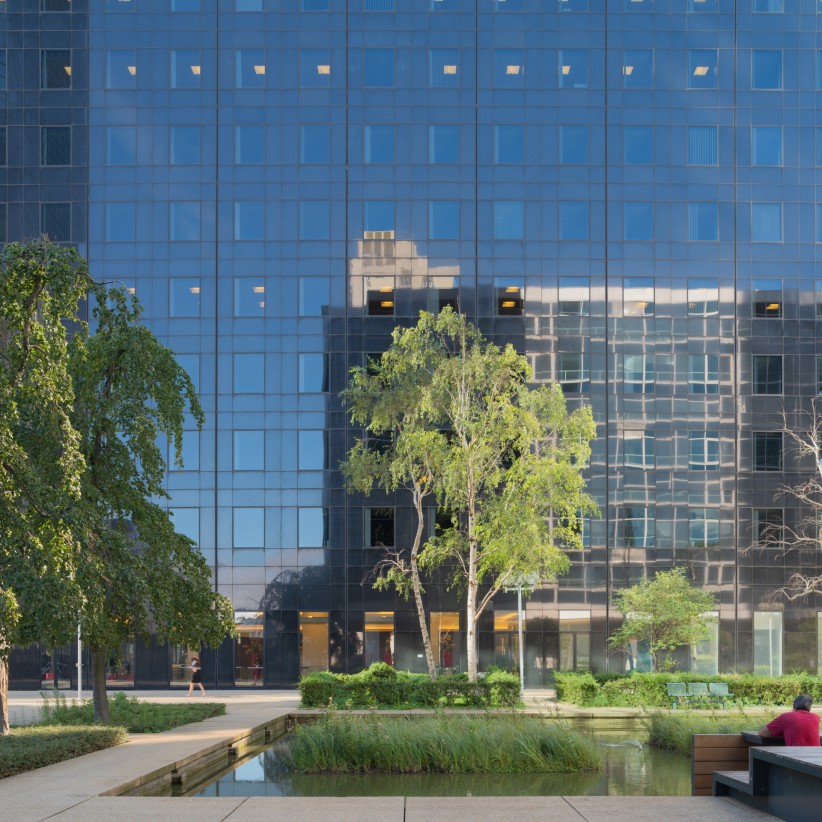 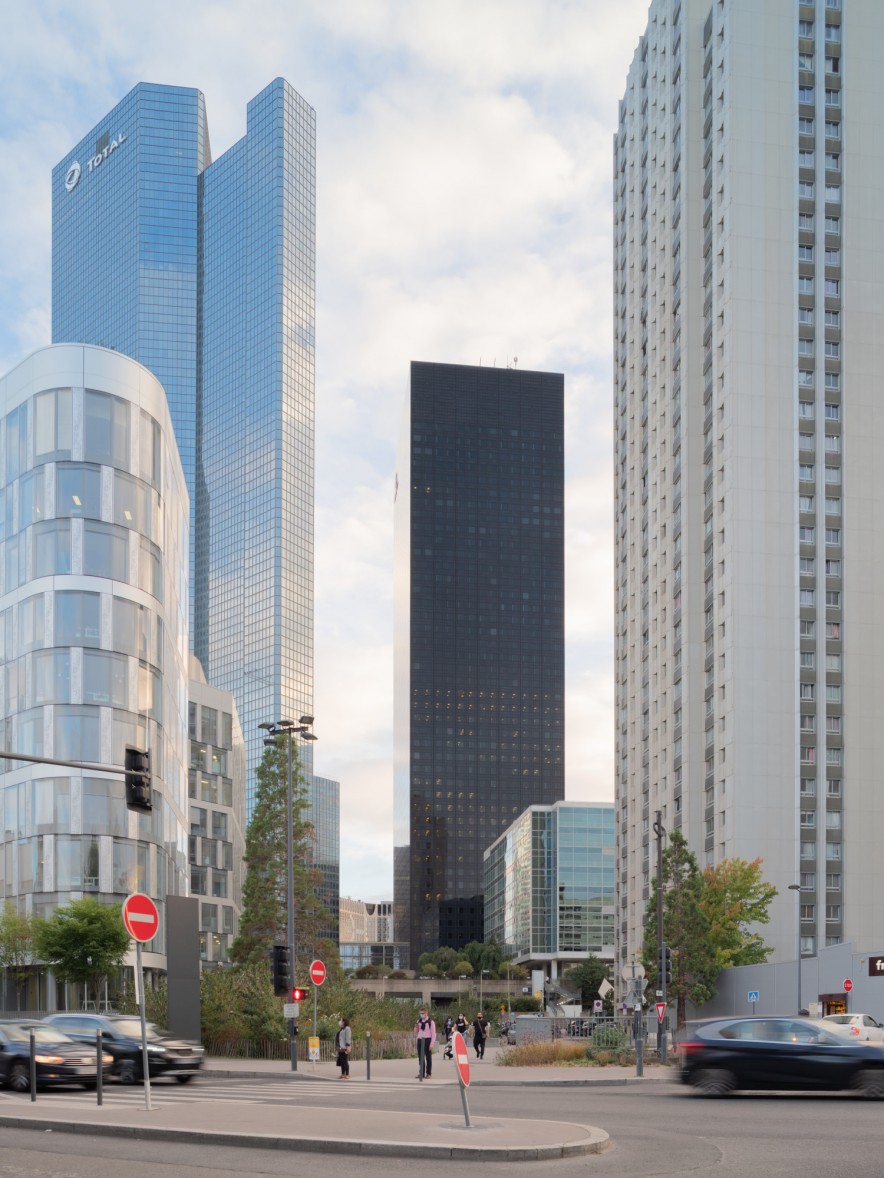 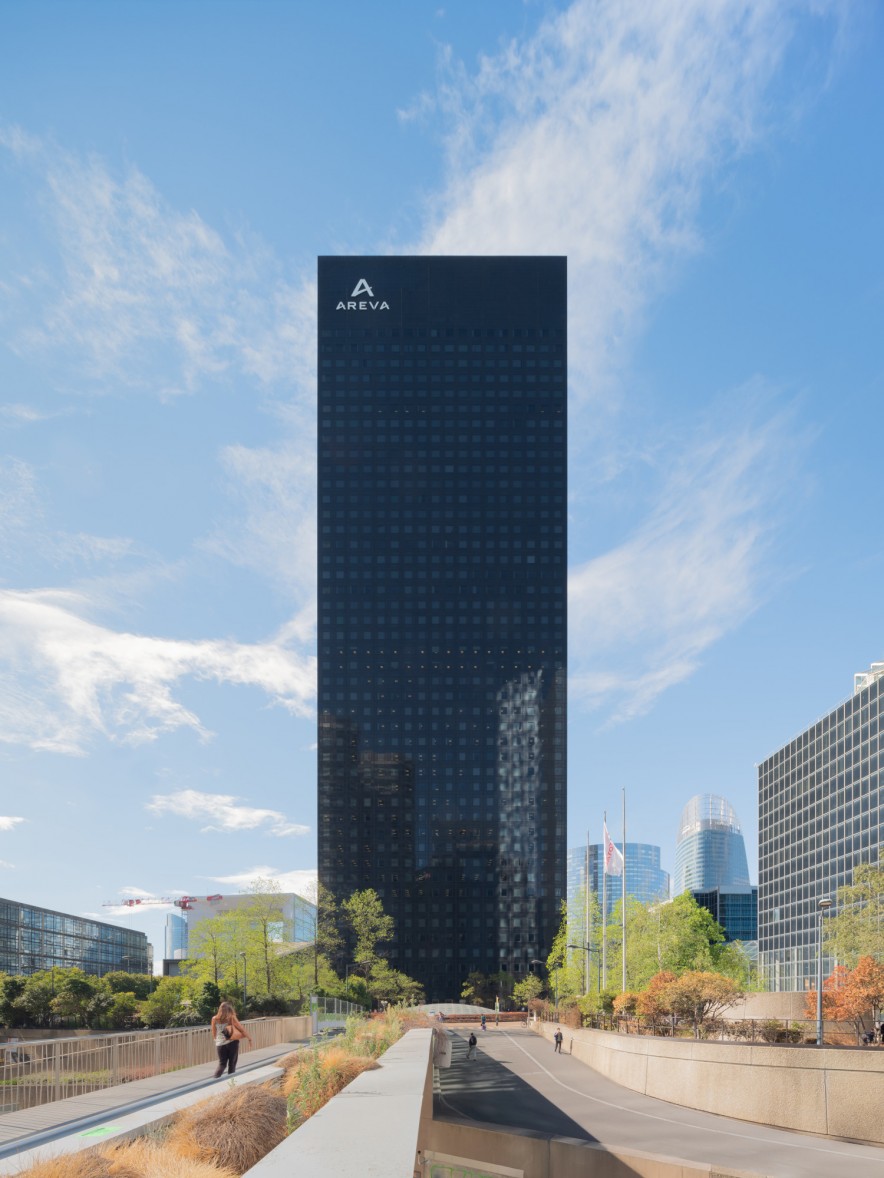 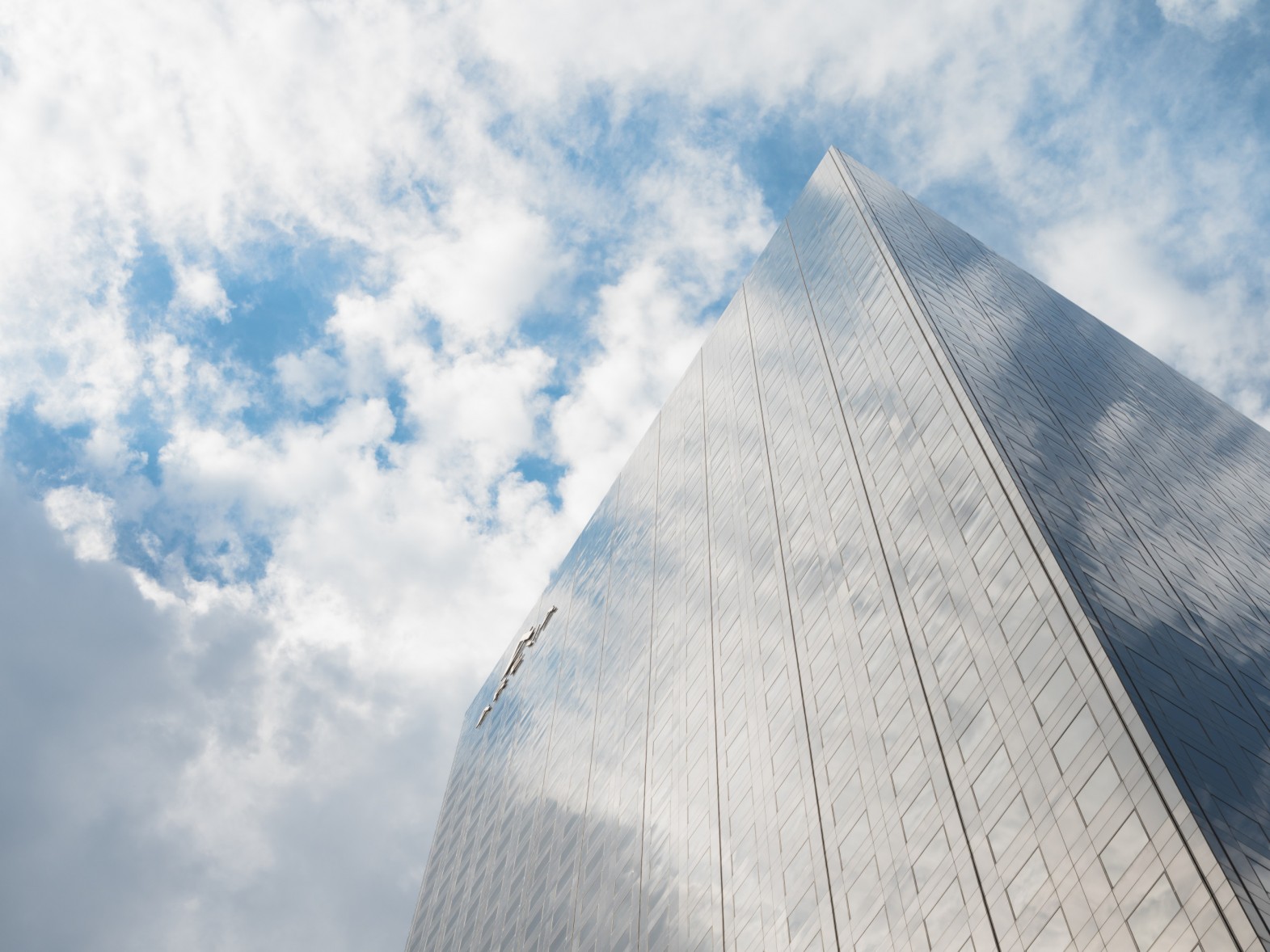 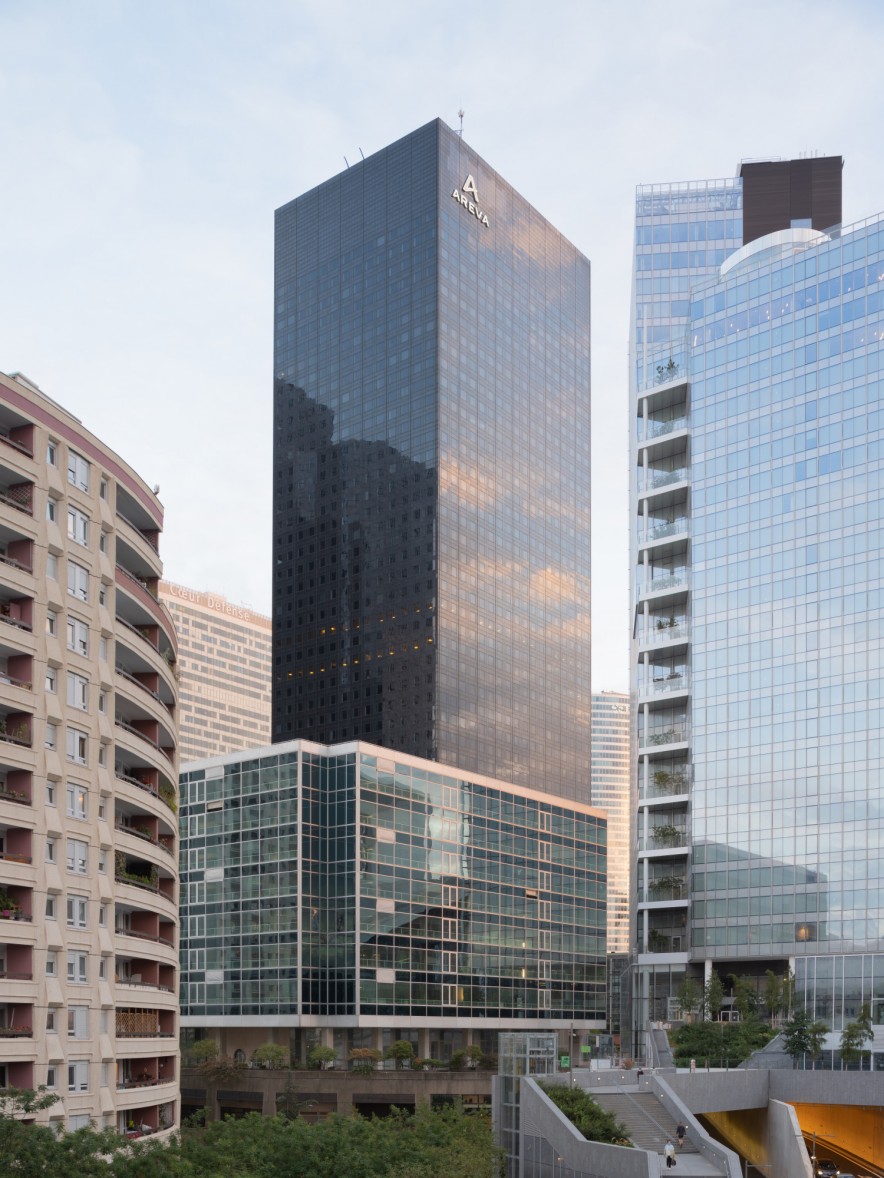 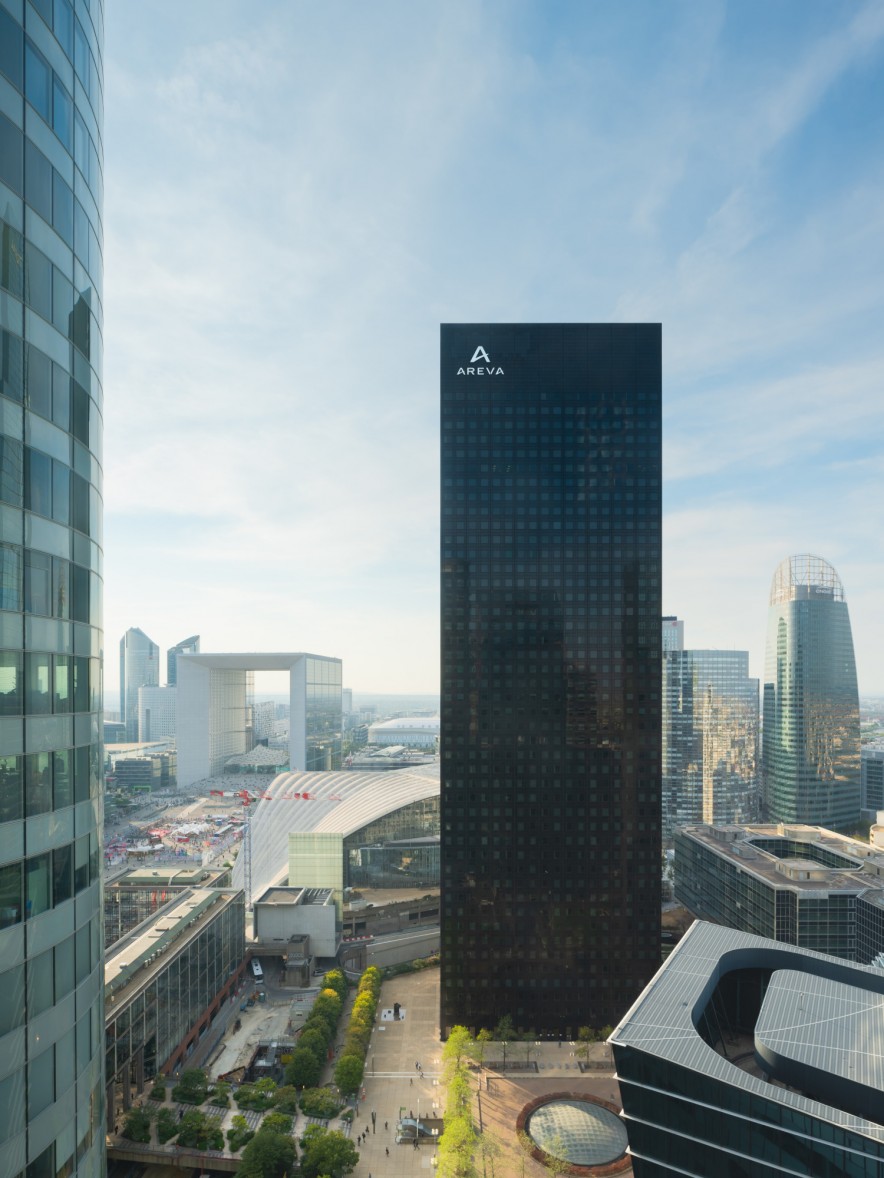 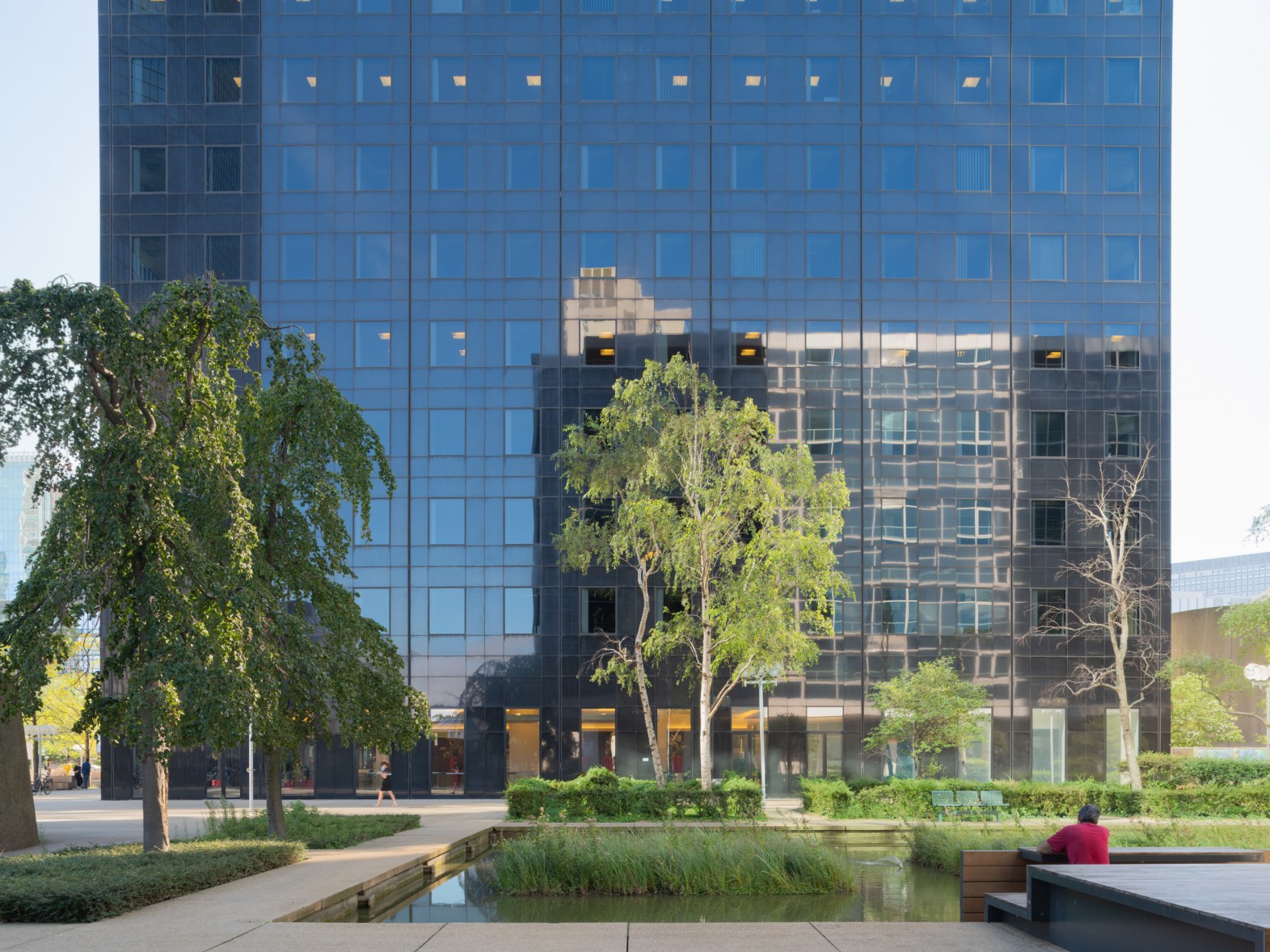