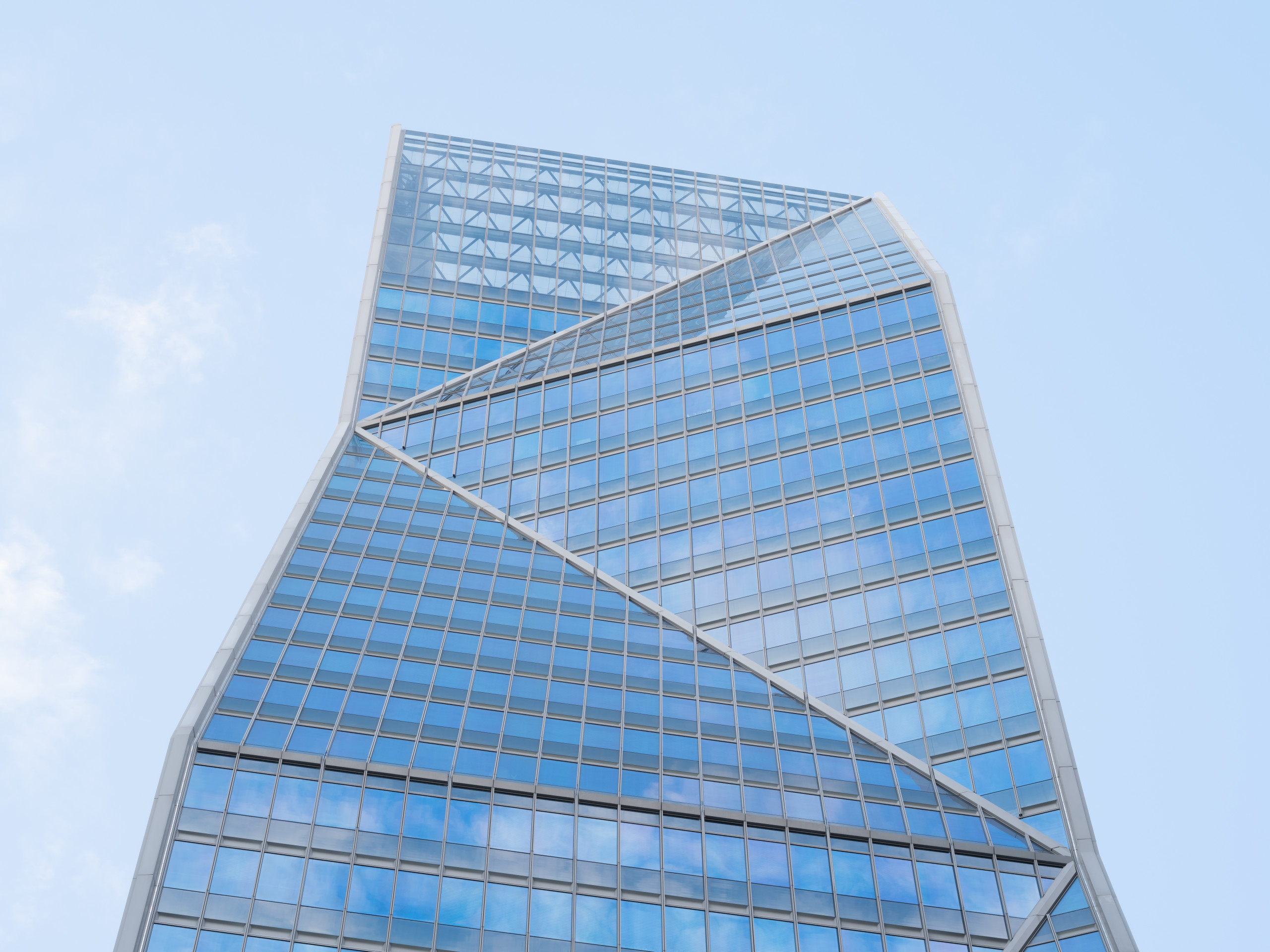 An exceptional architectural form that has risen up from the site’s dormant geometry. This high-rise building connects Courbevoie and the business district and is the final piece in the vast jigsaw puzzle that is La Défense. This development was used to create a living urban experience. The dihedral forms of the façade shape the building, making it stand out from the surrounding architectural landscape. Several technologies have been combined within the façades to create an innovative and spectacular curtain wall. The building’s geometry, which has both angular, diamond shapes and sleek, smooth sides, reflects light throughout the day. Seen from its surroundings, the tower’s sloping features display a combinaton of glimmering light and shadowy forms. It also offers a variety of far-reaching views from every floor. This building is also the embodiment of a strong environmental approach. The Carpe Diem Tower has been awarded the Très Haute Performance Énergétique certification (Very High Energy Performance - TPHE 2005) as well as both HQE and Leed Platinium certifications. 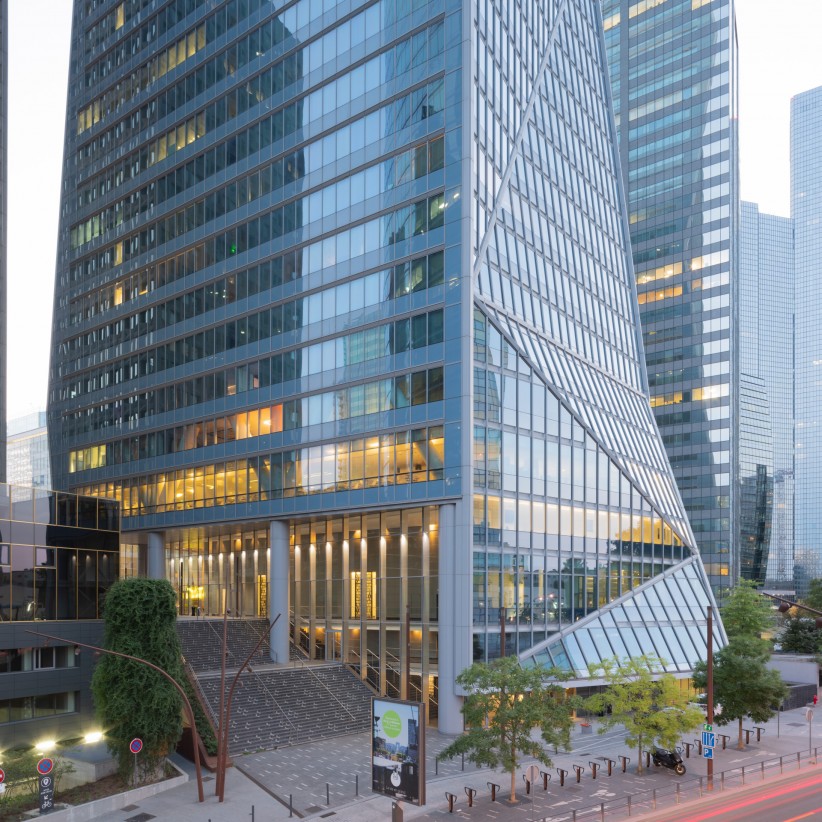 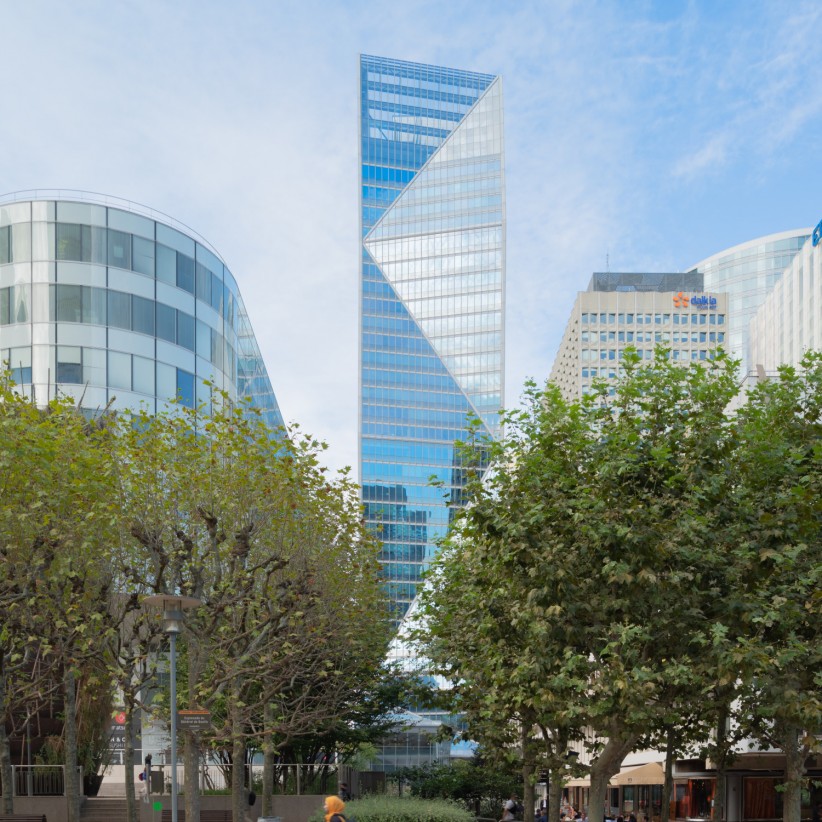 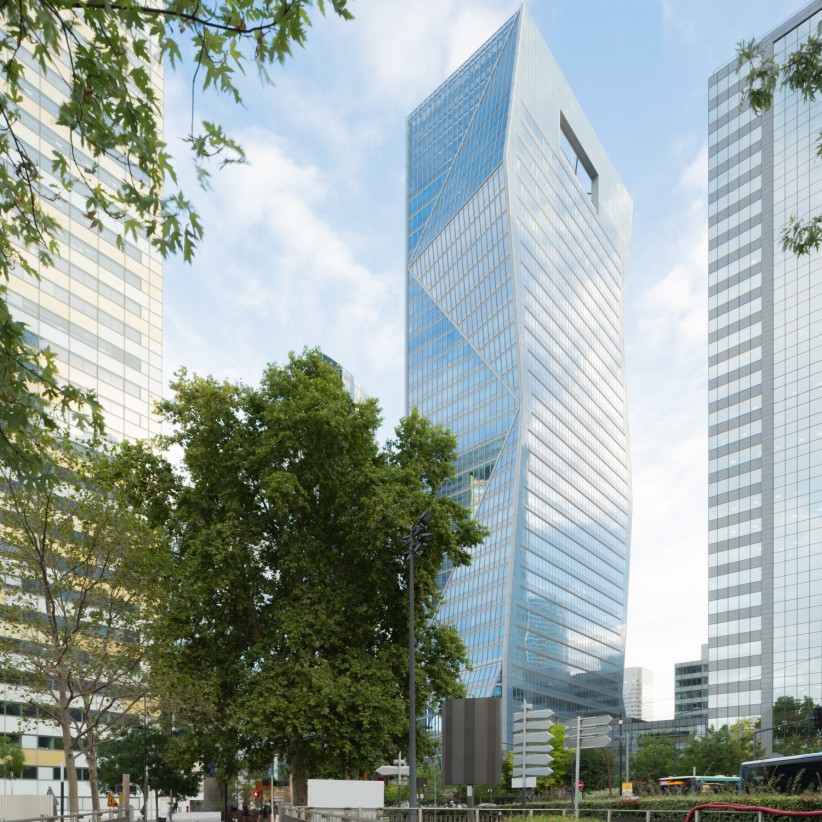 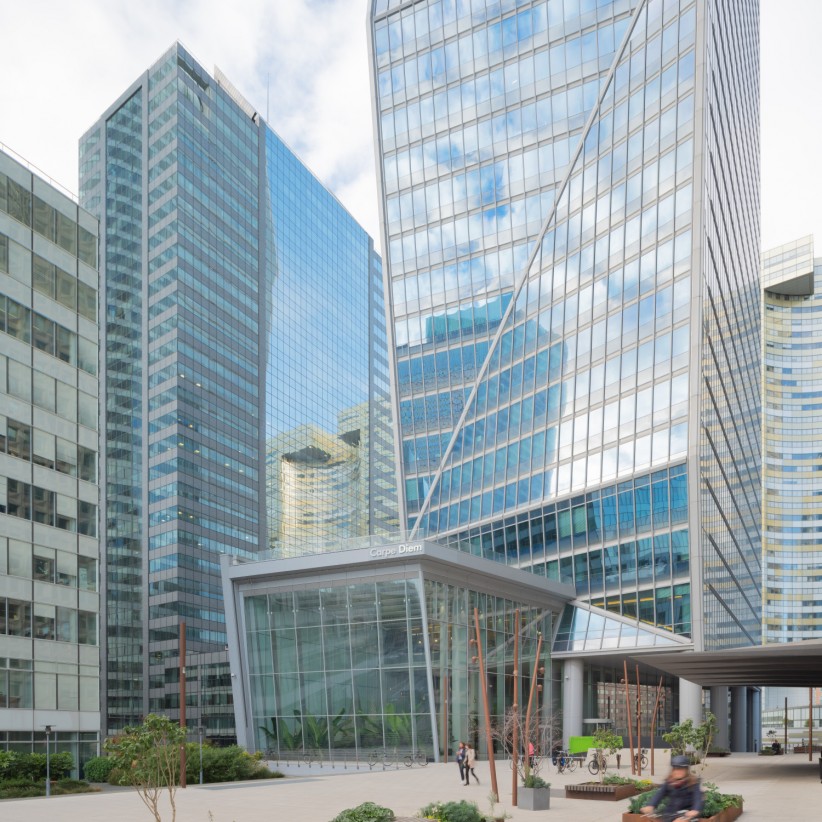 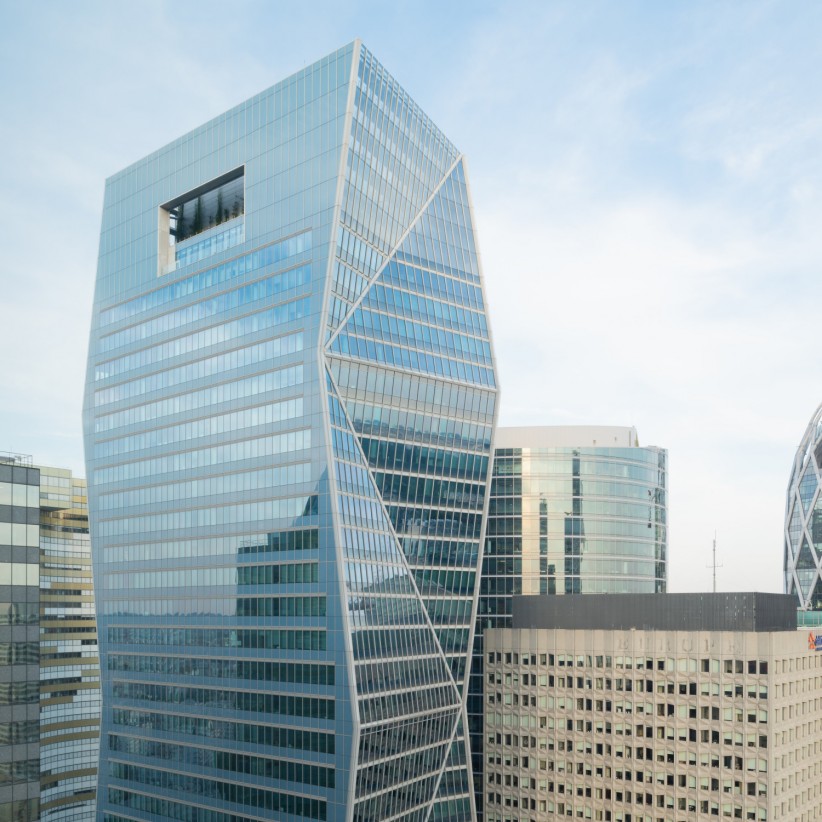 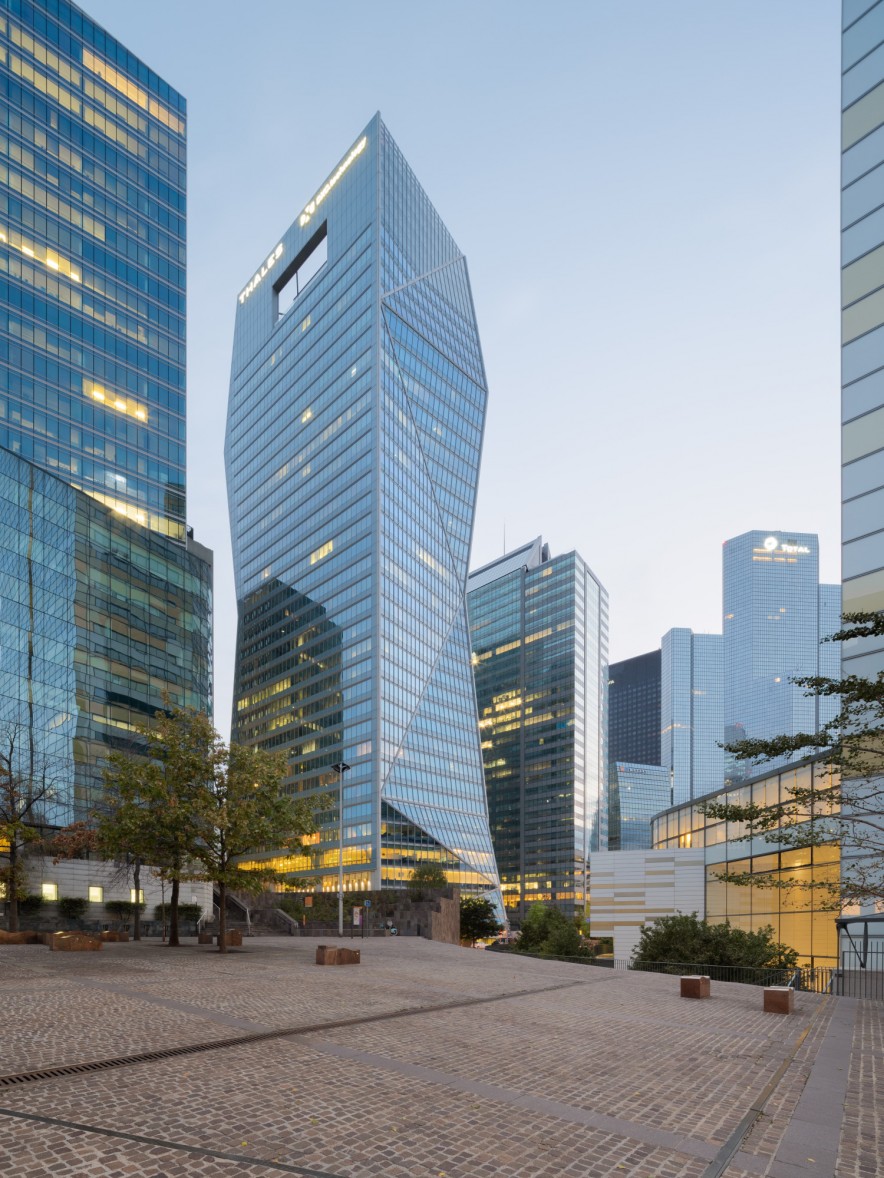 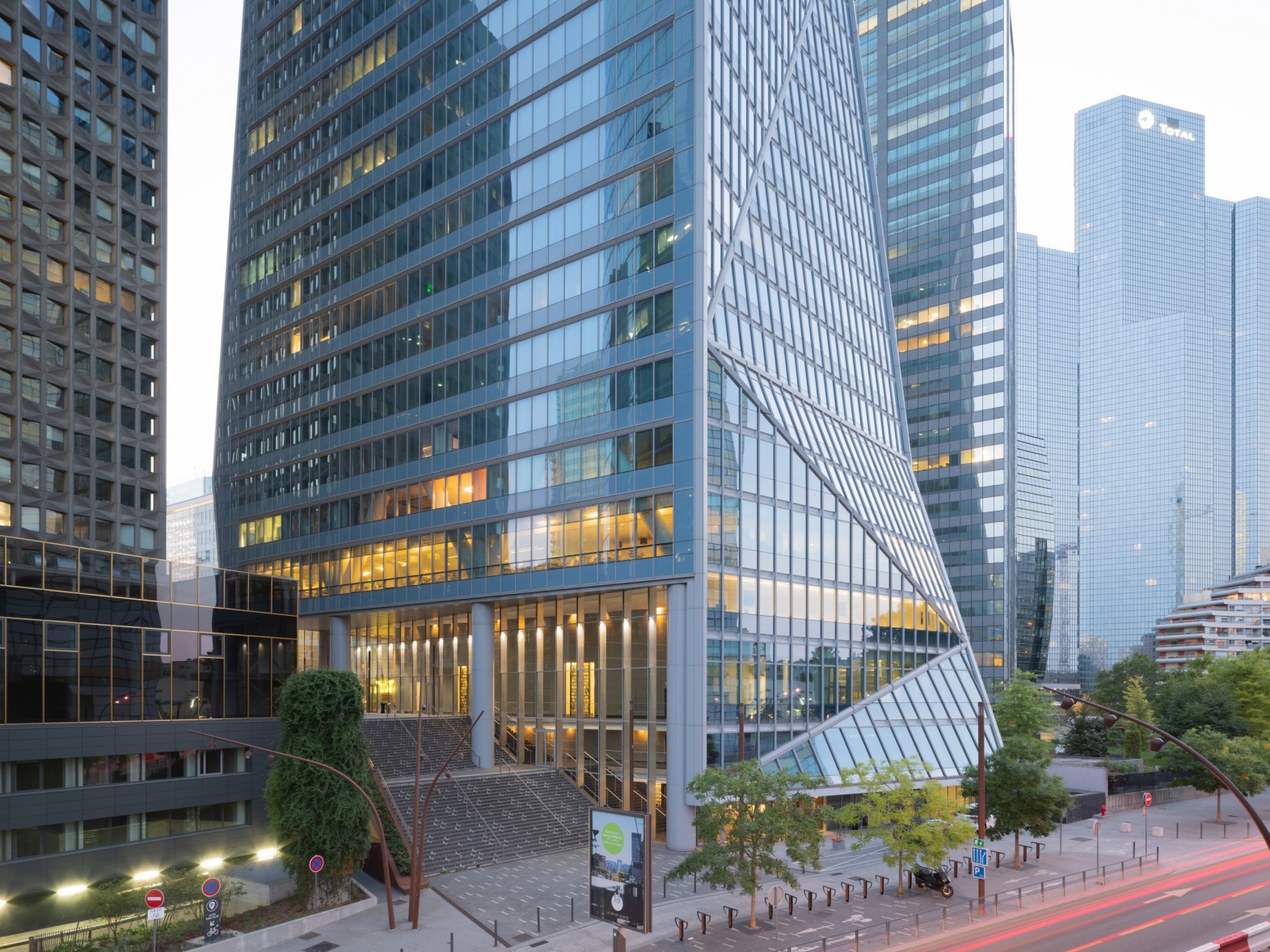 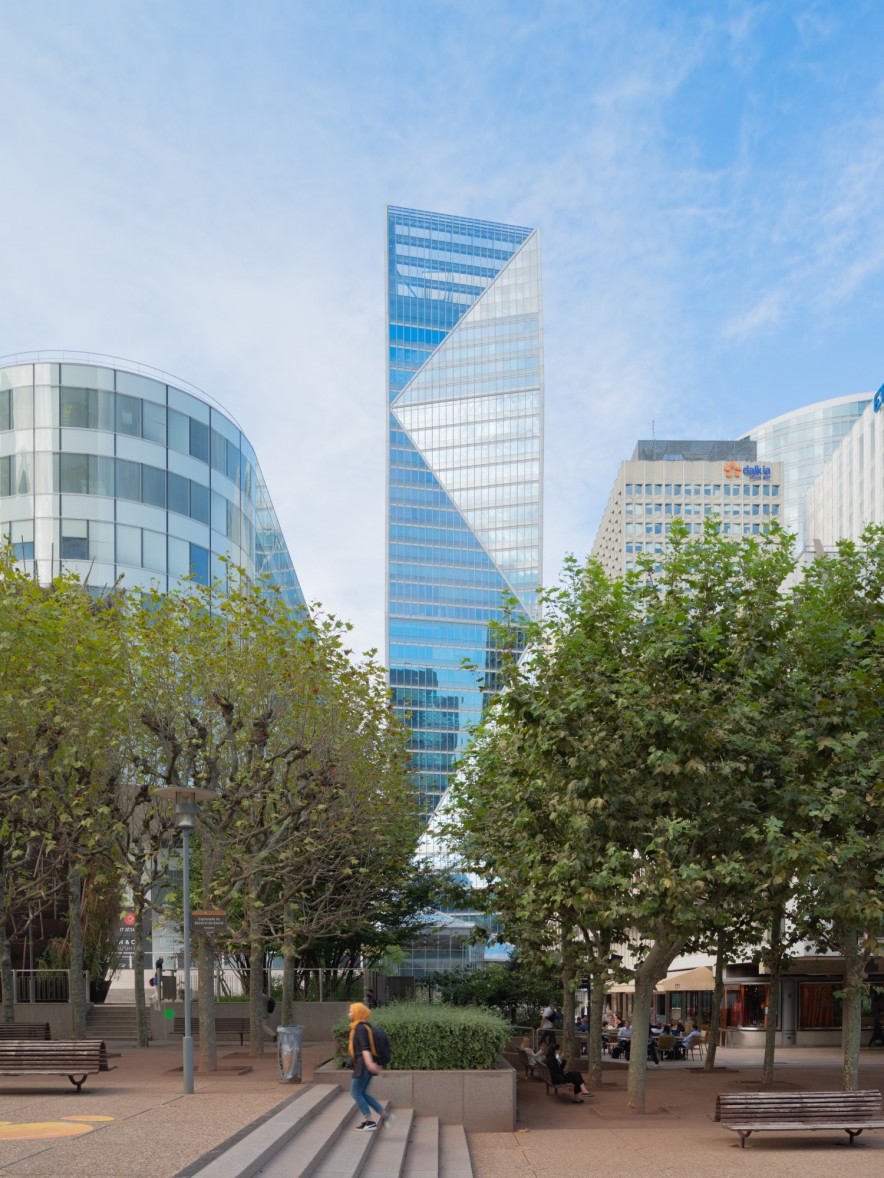 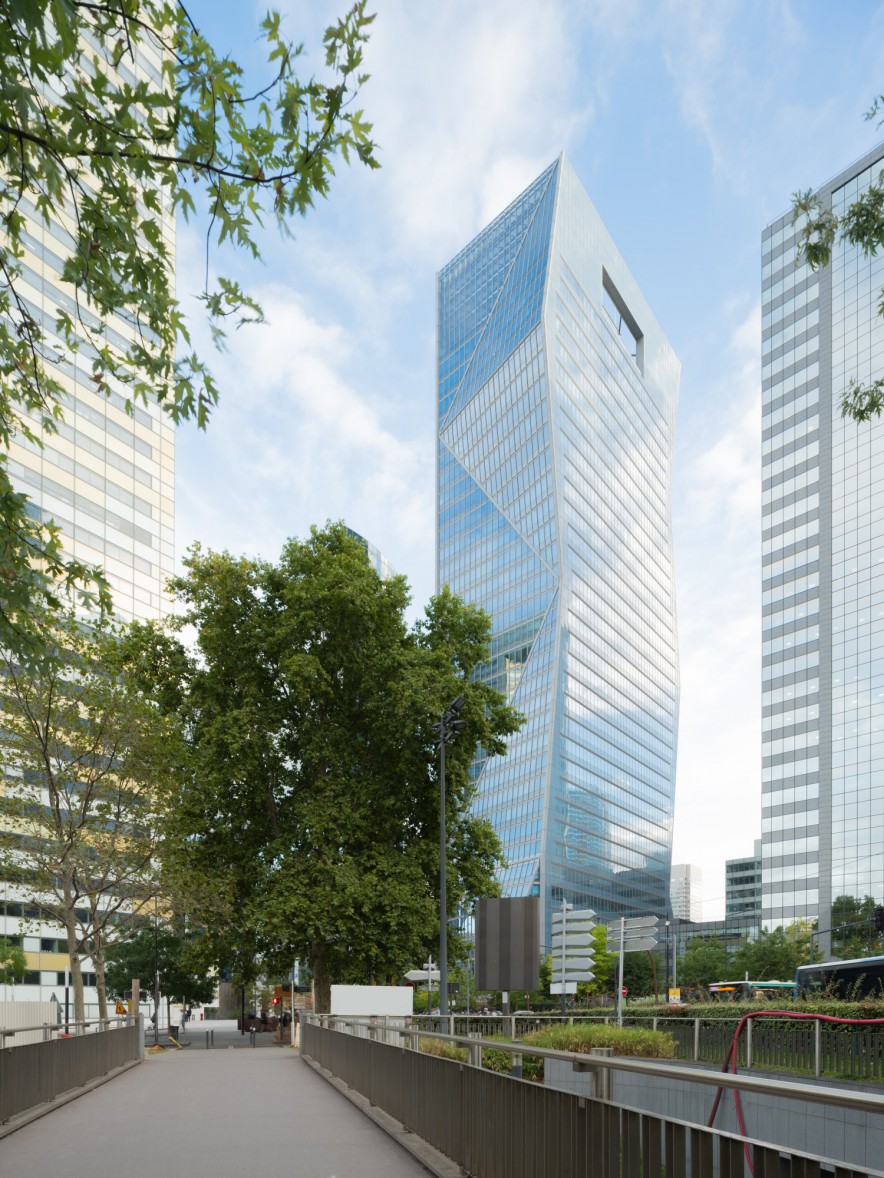 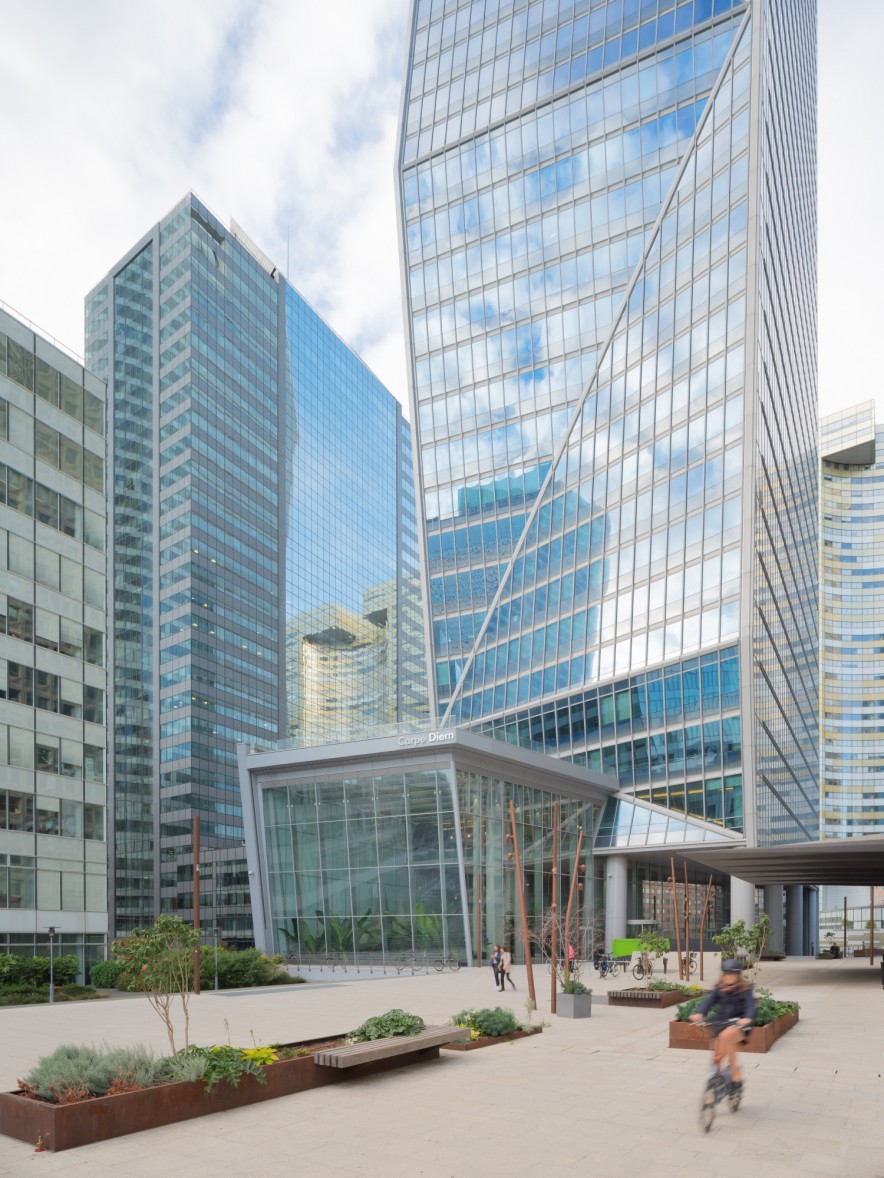 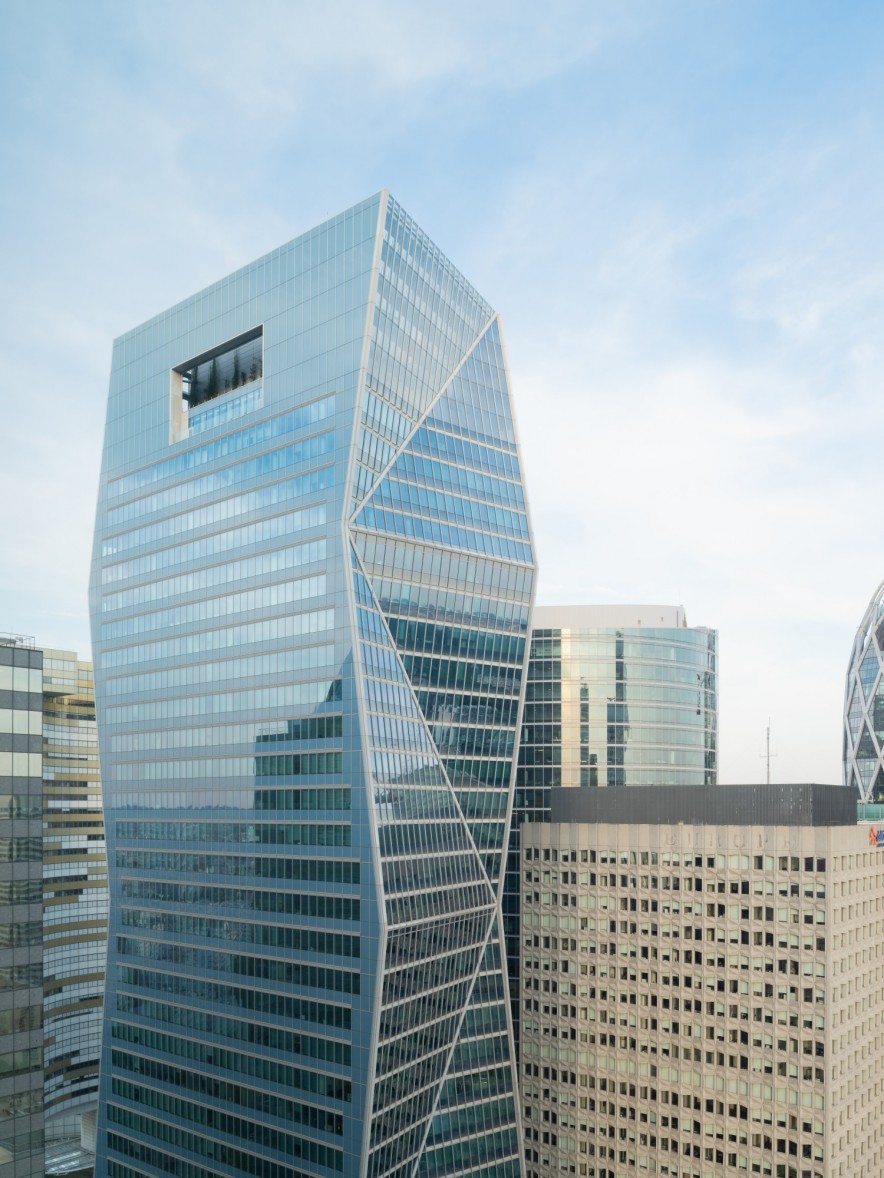