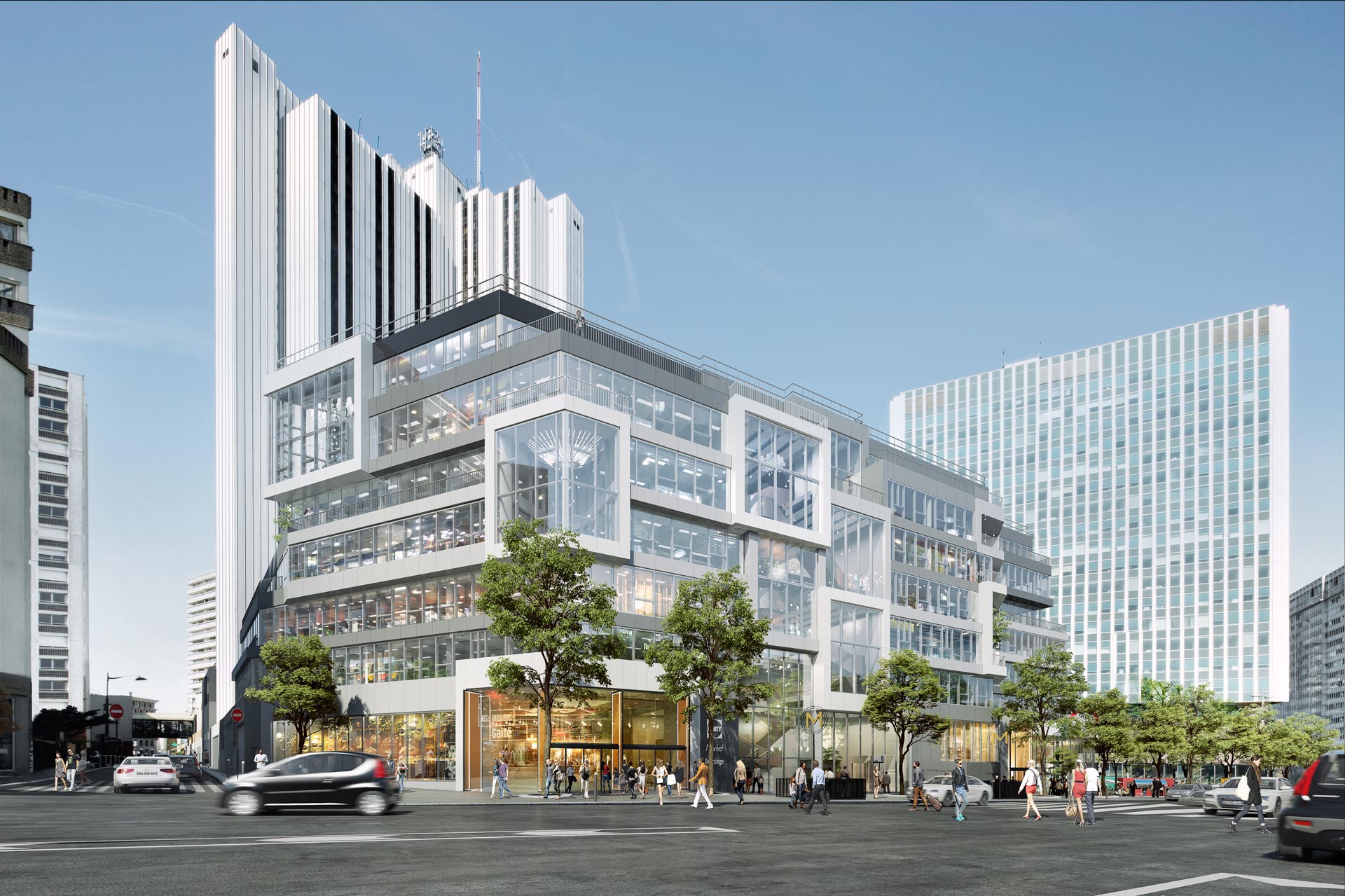 Working with MVRDV, we redeveloped this site close to Montparnasse station by making the most of the existing space while reintroducing a sense of scale to this dense, vertical urban environment.
With the aim of re-aligning the building with the surrounding streets and lots, the project management team’s intervention focused on new office buildings both split over 2 floors (demolished and re-built) - comprising 62 new homes as well as an existing shopping centre which is to be extended. Functionally, the initial mixed-use nature of the development has not only been maintained but also enhanced.
At the heart of the plot, there is a high-rise building (designed by architect Pierre Dufau in the early 1970s and currently occupied by the Pullman hotel, an adjoining conference centre and offices) the lower floors of which have been reconfigured and the upper bedroom floors renovated. At the top of the tower, there is a panoramic bar with a terrace on level 32 (the building’s highest accessible floor).
The street-facing façades are the same across all buildings on the plot and are predominantly glazed interconnected blocks, that randomly project from the general alignment of the façade. 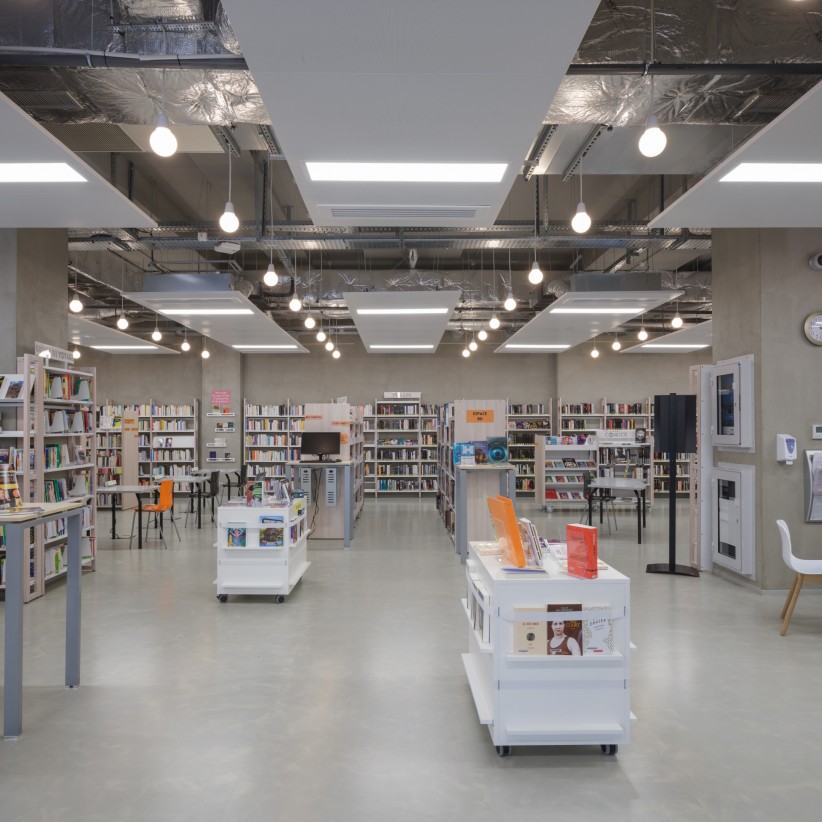 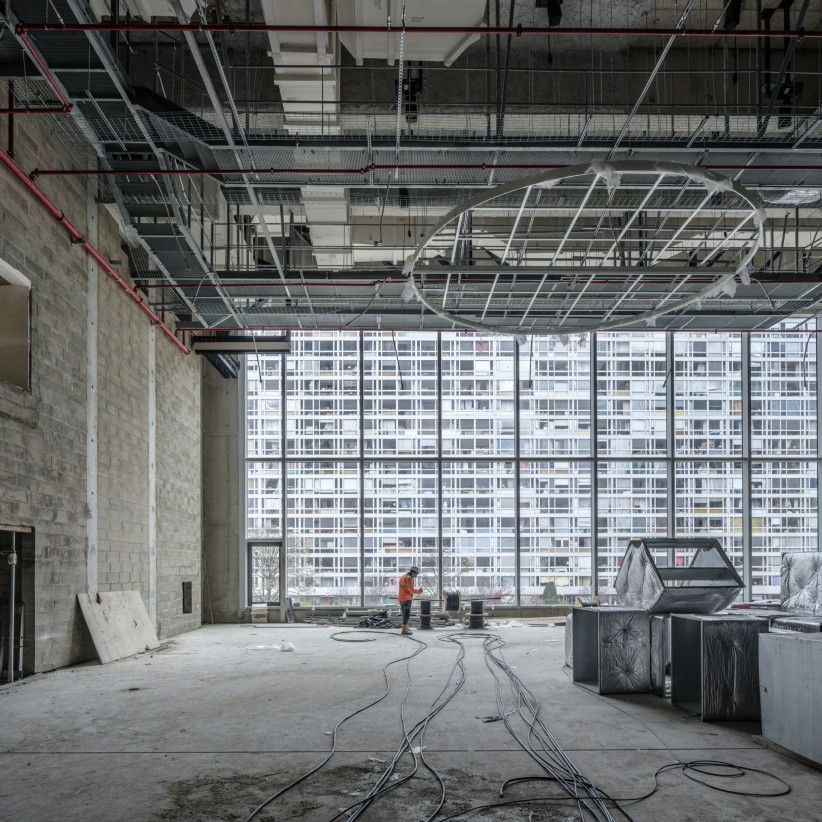 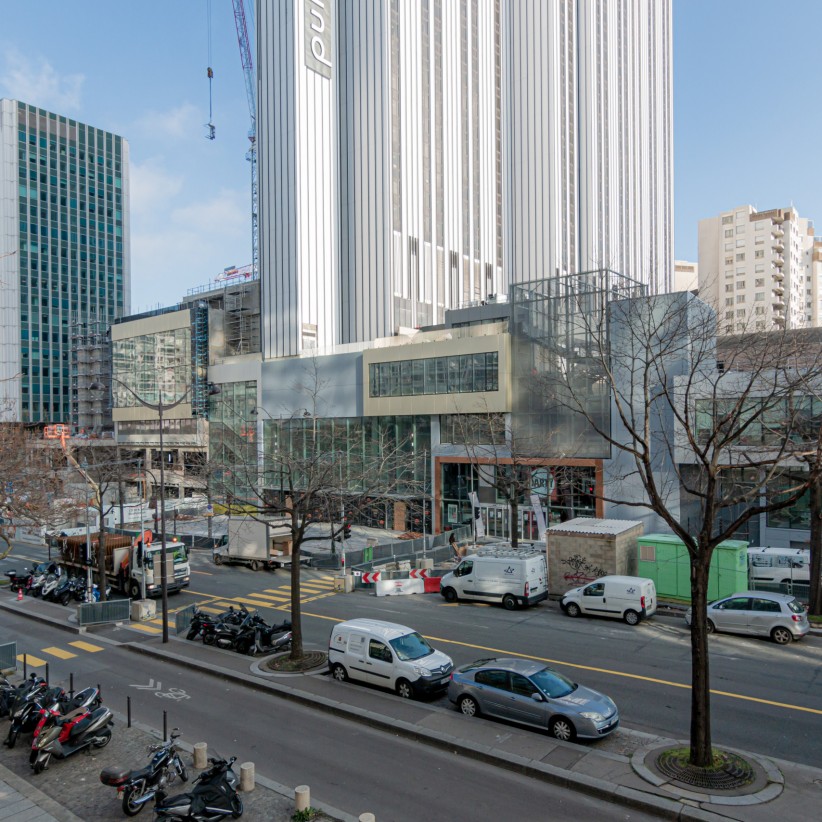 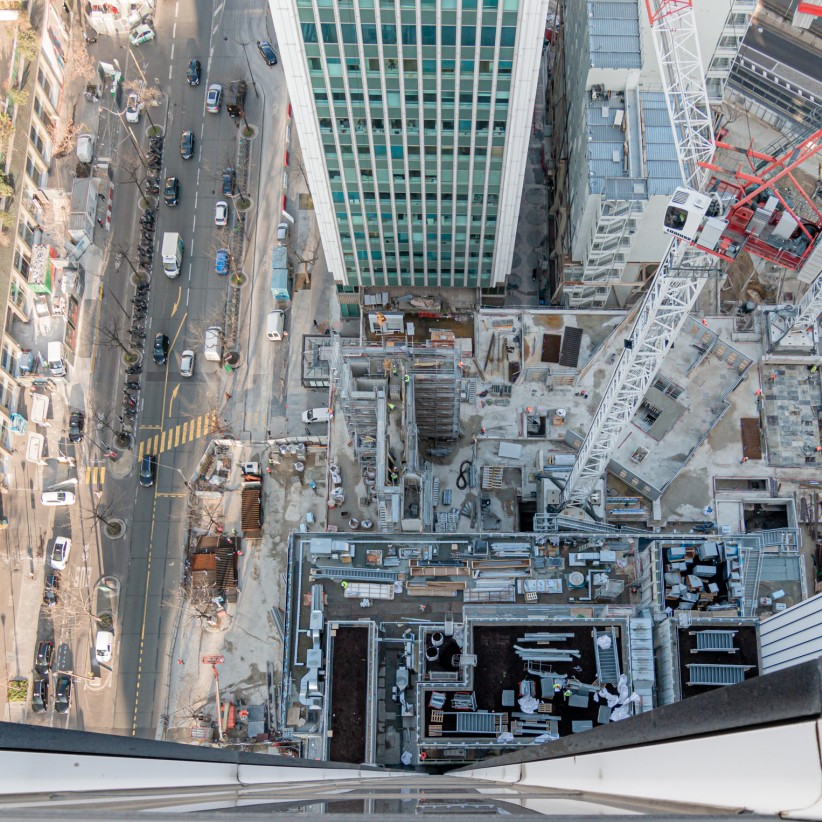 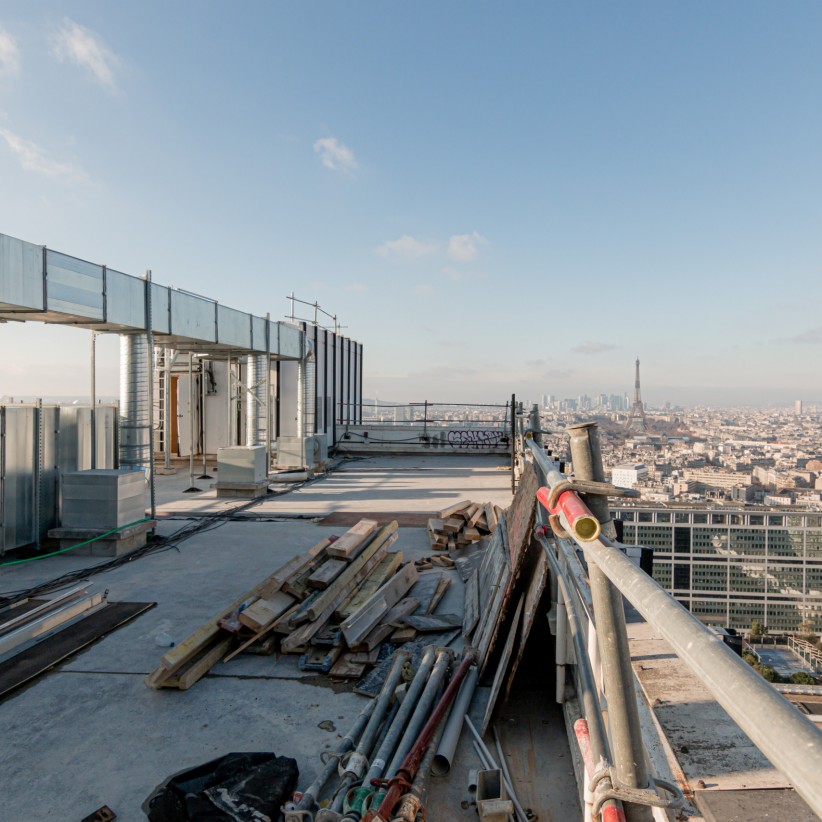 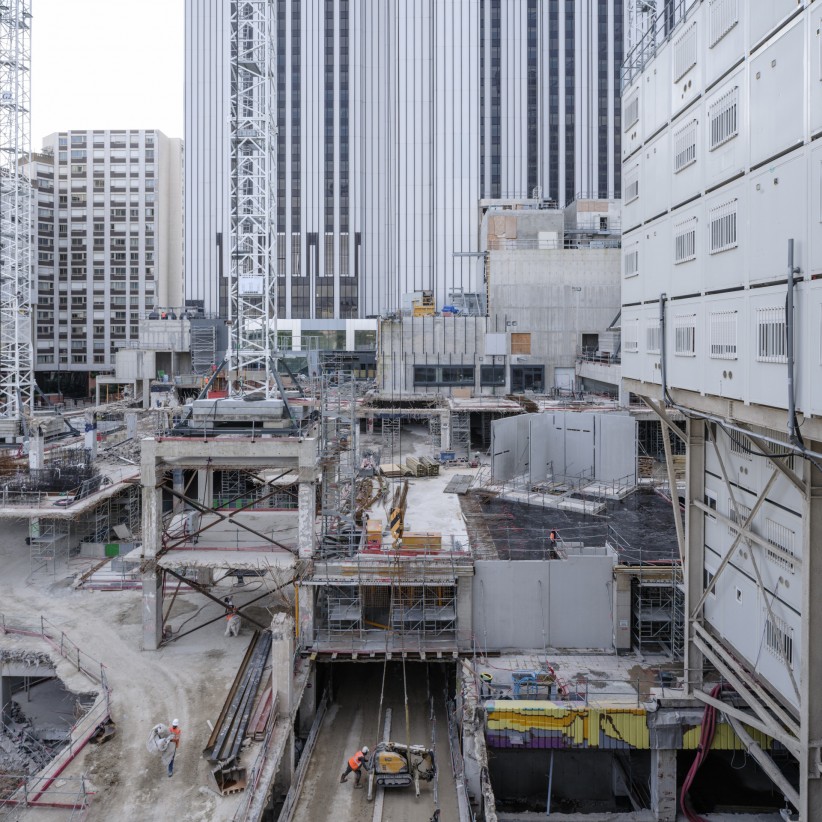 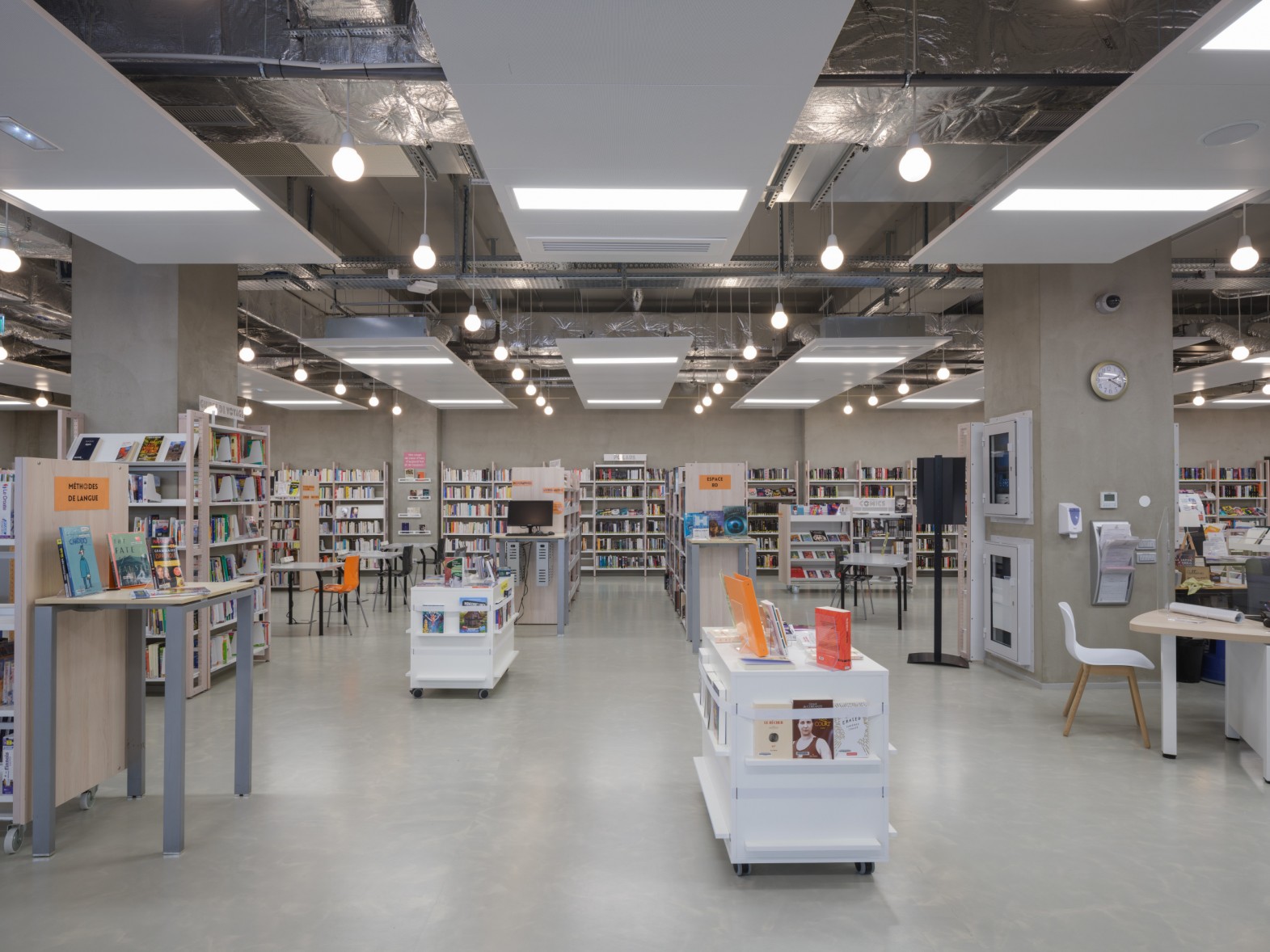 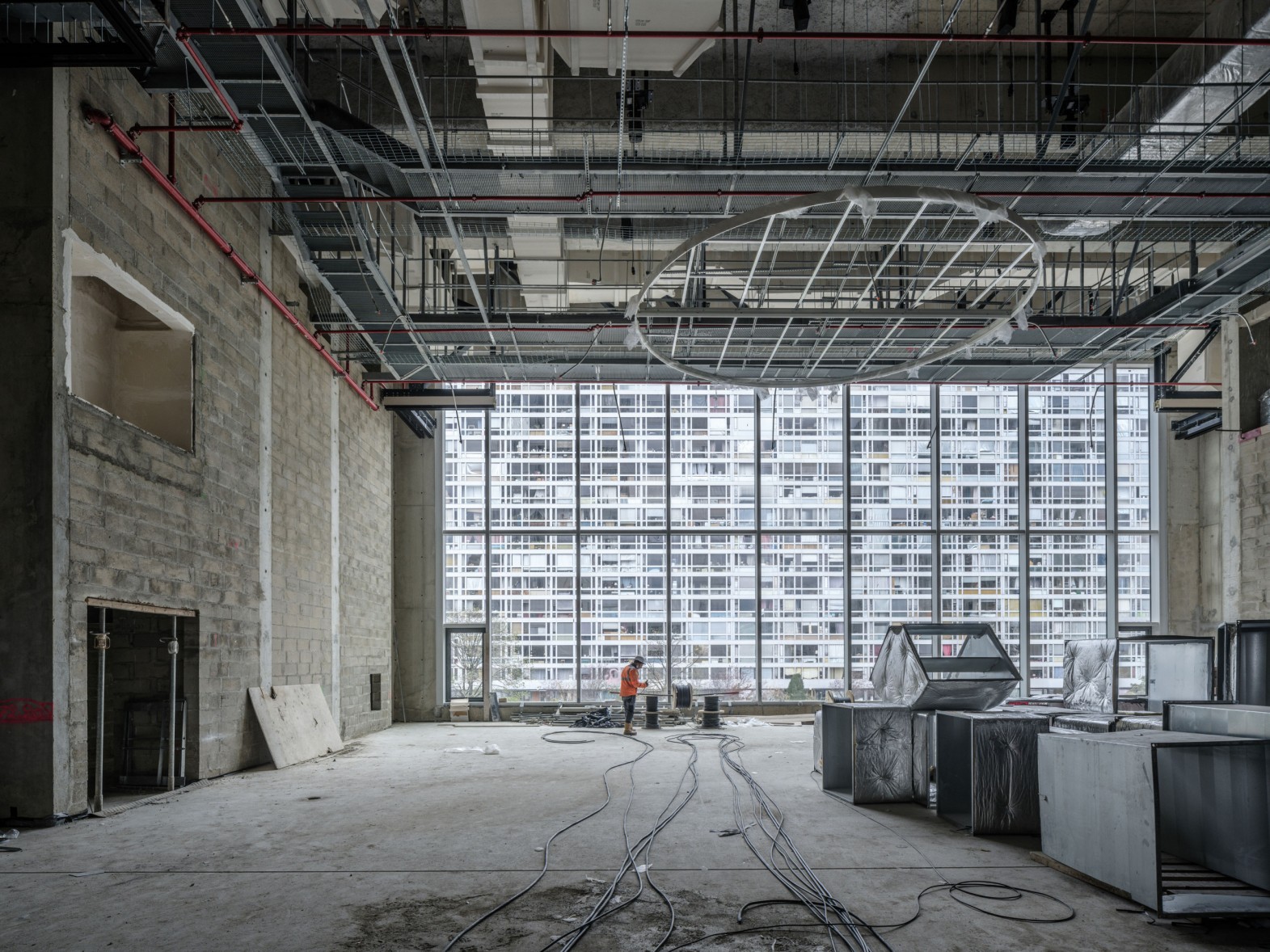 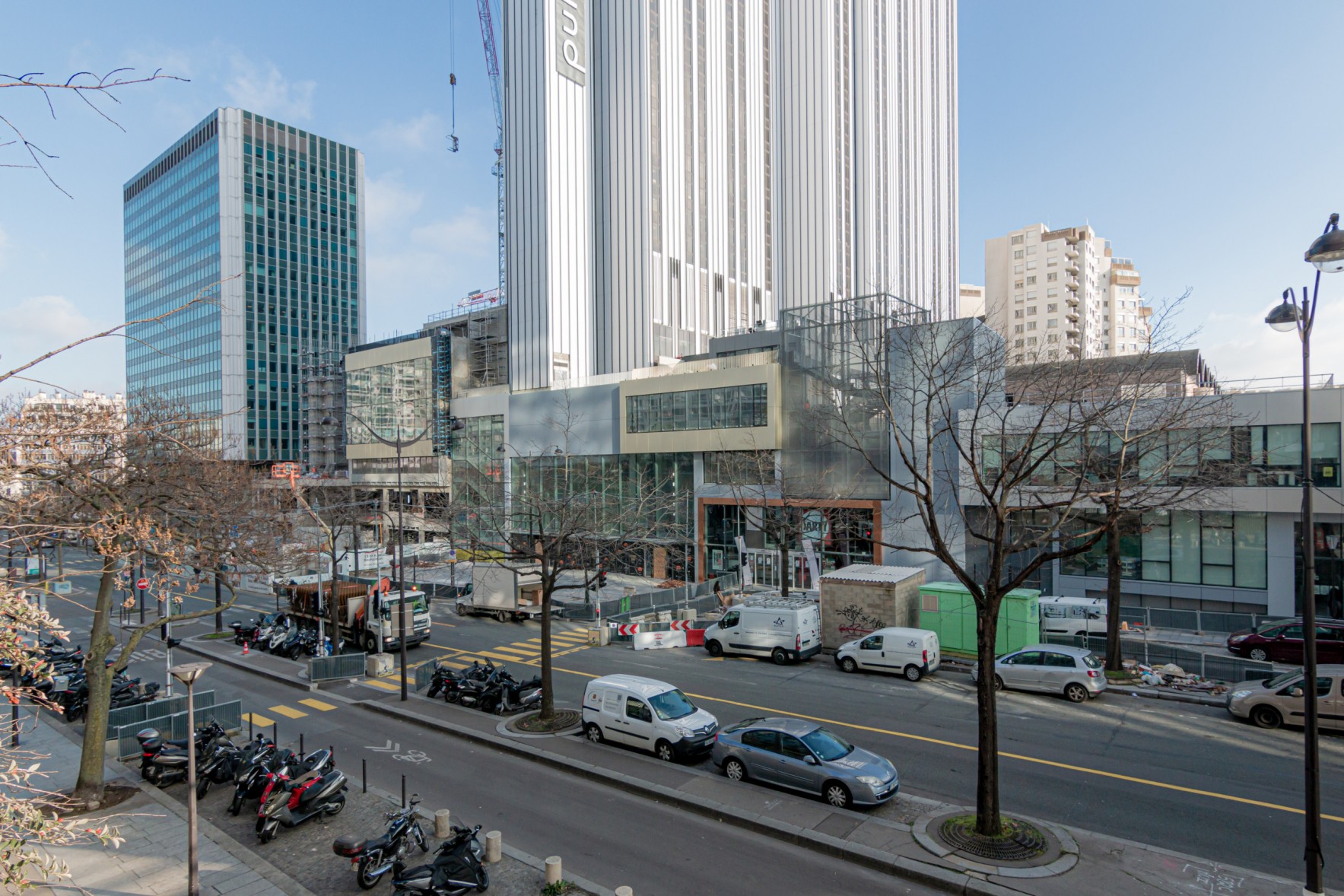 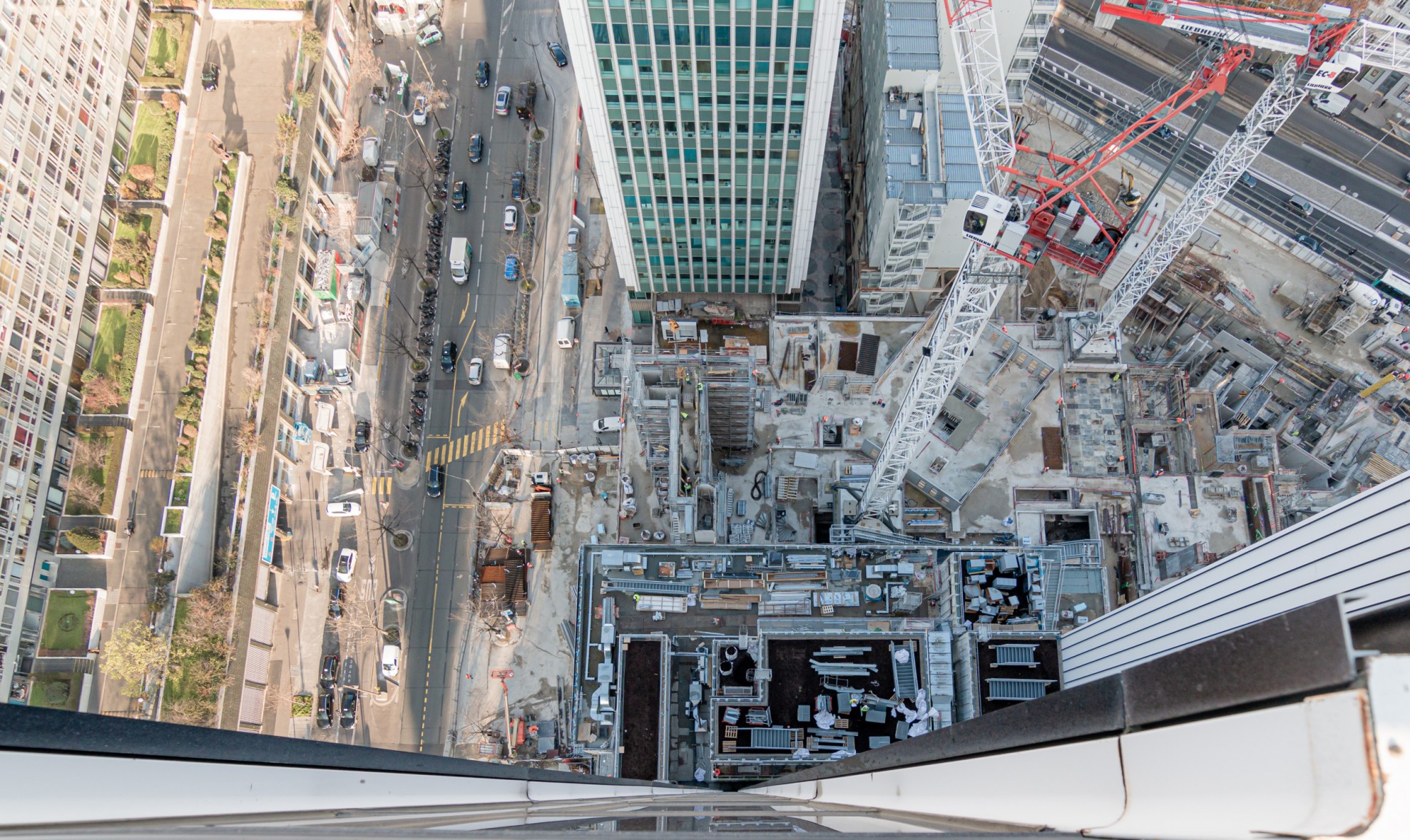 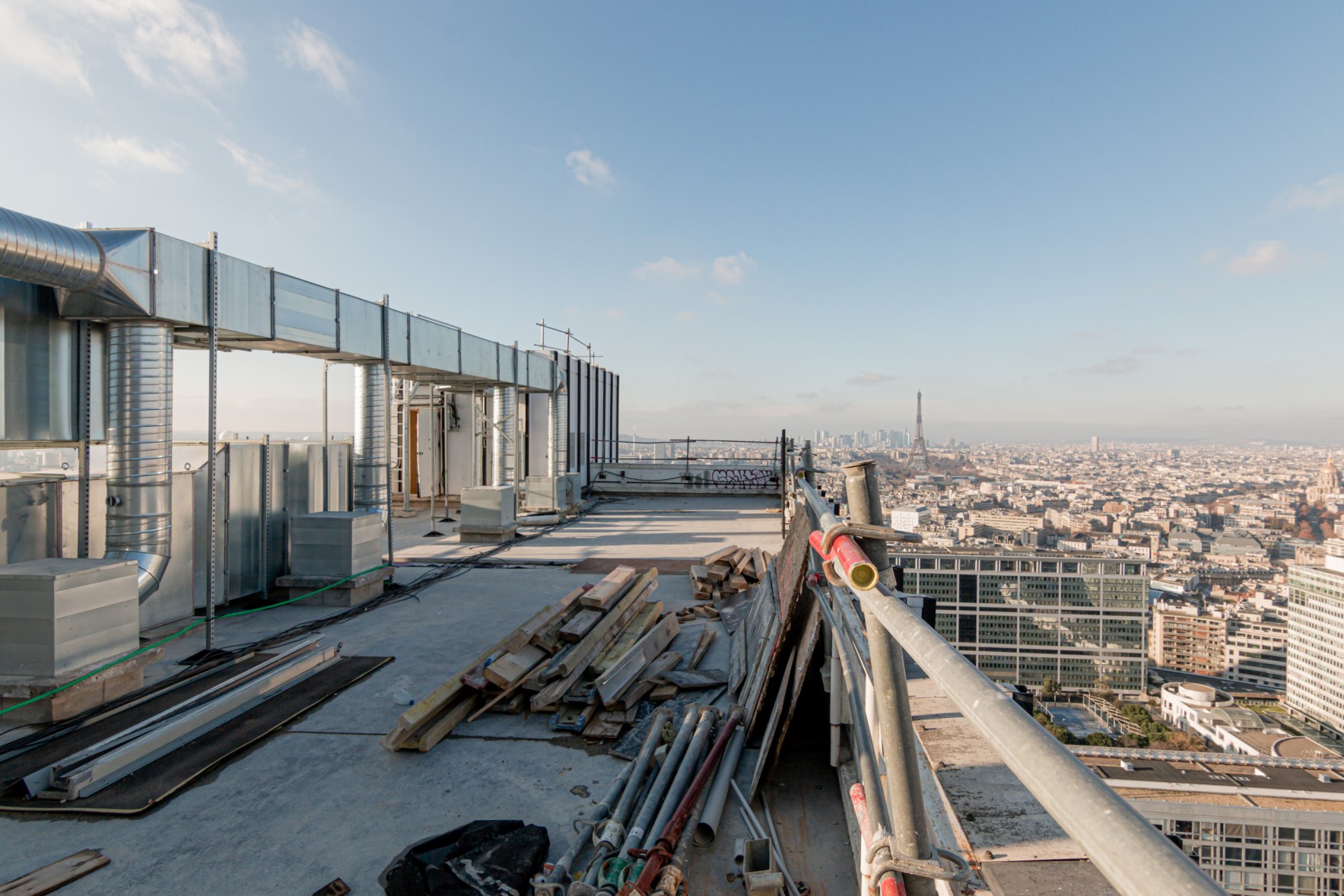 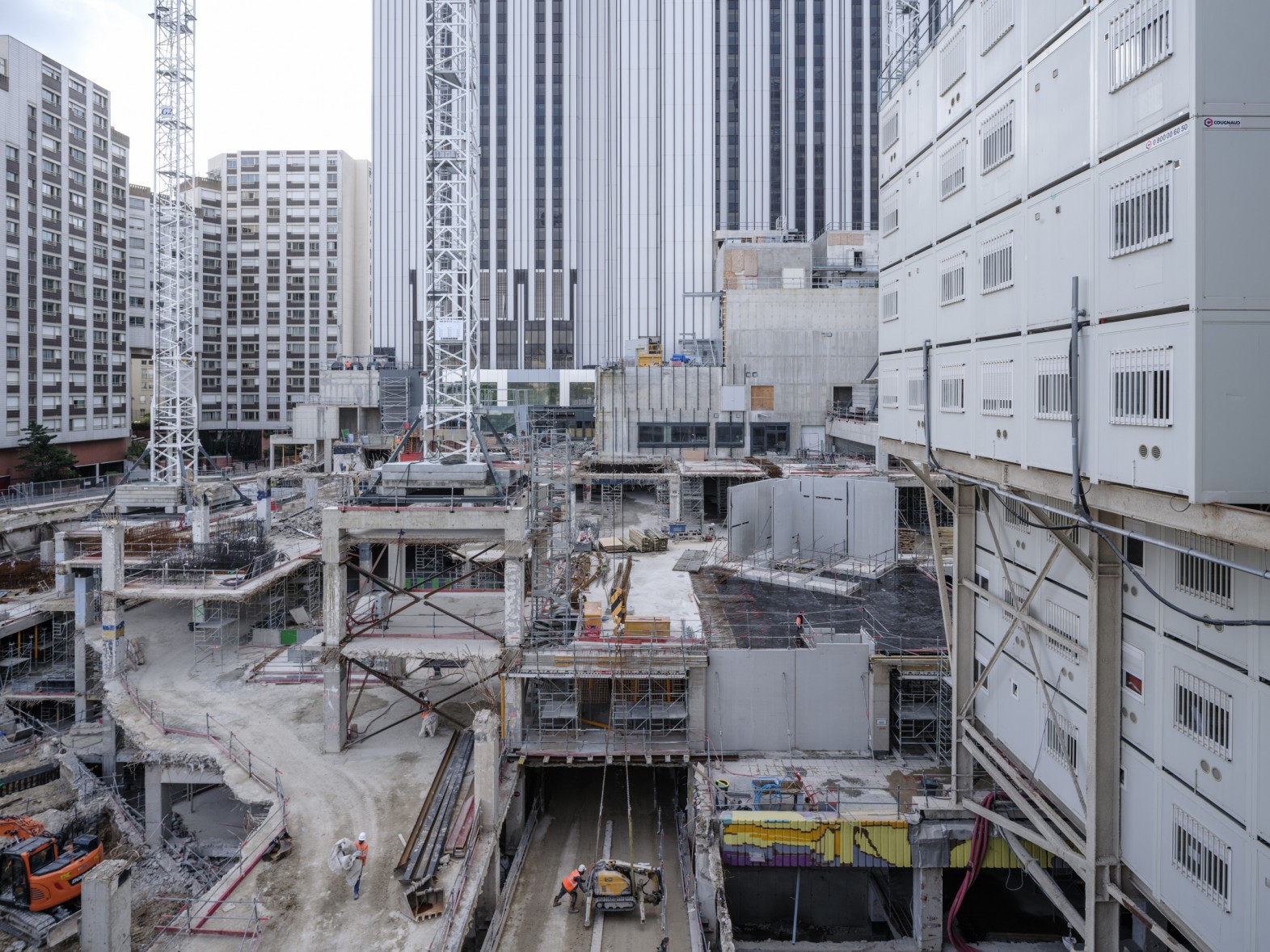